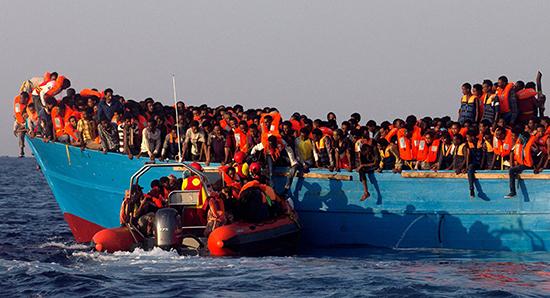 Denmark’s new legislation is aimed at drastically reducing the number of refugees who stay in Denmark indefinitely by shifting the focus from integration of refugees to sending them back to their respective home countries.

A new bill described by its proponents as a “paradigm shift” in Denmark’s refugee and asylum policy has been passed by parliament. The government assisted by the right-wing Danish People’s Party and the opposition Social Democrats voted in favour of a significant change in the country’s approach to immigration, Danish Radio reported.

A key aspect of the bill is to shift the focus from integration to future repatriation of those seeking asylum in Denmark, including UN refugees and those who don’t have permanent status. The bill is thus expected to drastically reduce the number of refugees who stay in Denmark indefinitely.

According to the policy, refugees should be sent home when conditions in their countries of origin are deemed safe enough for this to occur. The bill also implies a reduced integration allowance and limited opportunities for family re-unions for immigrants. Also, residence permits will become temporary as a rule, and it will become easier to withdraw them or not extend them.

As Danish Finance Minister Kristian Jensen put it, Denmark will no longer have a system where “refugees become immigrants”.

Immigration and Integration Minister Inger Støjberg of the liberal-conservative Venstre party stressed that it is yet to be seen how many refugees will be sent home as a result of the new legislation, but promised a concrete effect.

“We expect a tangible effect. But this is obviously not something we can put a figure on”, Støjberg said, as quoted by TV2.

Apart from the right-wing anti-immigrant Danish People’s Party, the bill was also backed by Denmark’s largest opposition party, the Social Democrats, who previously criticised parts of it, such as the reduction of social welfare benefits for people who have been granted asylum. Social Democrats immigration spokesman Mattias Tesfaye said he supported the general shift towards a temporary status for all refugees.

“People will be given the more honest message that their stay in Denmark is temporary”, Tesfaye said.

Other opposition parties, by contrast, were critical of the new rules. Red-Green Alliance spokesperson Pelle Dragsted suggested that the law is about making life harder for people who escaped bombs, terror, and sex slavery.

Støjberg suggested the disagreements over refugees were irreconcilable. According to Støjberg it was utterly clear that should a left-wing majority come to power after the general election to be held no later than this June, then immigration will become a battlefield and risks sinking into chaos.

At present, around 90 percent of people granted asylum stay in Denmark. With the help of the bill, the government hopes to send home around 25,000 refugees who have come to the country in the past five years. According to the weekly magazine Mandag Morgen, the new policy will cost the Danish economy about 8,700 labourers.