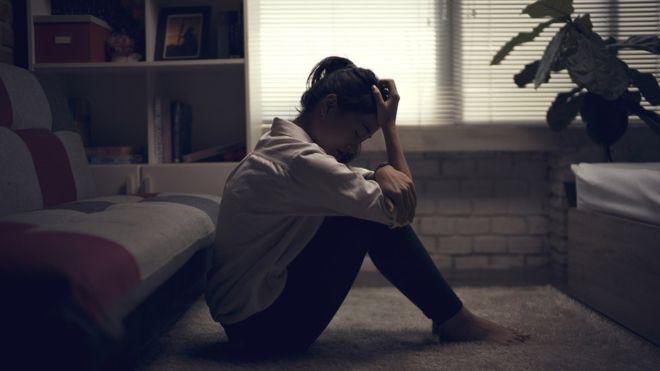 Just a few weeks ago, “Joyce” received a phone call that threw her life in the air.

Joyce is HIV positive, and was told in the call that this information – along with details of more than 14,000 other infected people in Singapore – had been made public in a massive data breach.

“I’m still very shocked and sad at how this happened,” Joyce told the BBC.

“How is it that the place that I thought was safe is now not safe for us?”

The scandal has gripped the Singaporean media for weeks.

The government has blamed the leak on the American partner of a local doctor, who had access to the records kept on all known HIV-positive people in Singapore.

Authorities say the leak has been contained, but this is little relief to a vulnerable community in a society that continues to stigmatise the condition.

Joyce, who didn’t want her real name or nationality revealed, contracted HIV more than two decades ago from a boyfriend who went on to die from it.

She says she was unaware of her condition when she married her Singaporean husband and moved here with him. After a series of illnesses in the 1990s, her husband suggested they both take an HIV test.

It took a week to get the results.

“My English was very poor so they didn’t call me but called my husband to tell him. He came home from work and said that he had good news and bad news.”

The bad news was that she had tested positive. The good news, he said, was that even though he hadn’t, he would support her emotionally and financially.

“I asked him, are you sure? This means we have no family, no children. But he said what was more important is that he needed a good wife who was kind and understanding. I thanked God for it.”

Joyce spent the next few years in and out of Singapore’s Communicable Disease Centre, where she saw some of her fellow patients die. As a permanent resident, her medical care is subsidised but remains expensive. She knows some foreign spouses who had to leave because of the cost.

As required by law, Joyce’s HIV status was added to a national database. The HIV registry was set up in 1985 by the Ministry of Health to keep track of the infection situation and trace potential cases.

It was this database – with the names and addresses of 14,200 people – that authorities say was leaked earlier this year.

The government has pinned the blame on Mikhy Farrera-Brochez, a US citizen who moved to Singapore in 2008. They say he obtained the data from his partner, Singaporean doctor Ler Teck Siang, whose job granted him rare access to the confidential registry.

Farrera-Brochez is himself HIV-positive, which means he could not legally work in Singapore. But in 2017 he was convicted of fraud for using a sample of Ler’s blood to pass a mandatory HIV test. After serving a jail term he was deported to the US. Ler is appealing against a two-year sentence for his role in the fraud.

Farrera-Brochez – who this week appeared in court in Kentucky charged with trespassing at his mother’s house – has fiercely denied being responsible.

He recently shared a string of angry posts on Facebook alleging that, among other things, another person was behind the leak, that he was abused while in police custody, that he had only contracted HIV while in prison and that he was denied medication. He accused Singapore – where sex between men is illegal – of using the HIV database to keep track of gay men.

Facebook has since deleted Farrera-Brochez’s account for violating its community standards, and Singaporean authorities have said his allegations are “blatantly false”.

Health Minister Gan Kim Yong said Singapore was working with the US on the case and police would “spare no effort pursuing all avenues to bring Farrera-Brochez to justice”.

‘No laws to protect us’

A total ban on HIV-infected people entering Singapore was only lifted in 2015. Foreigners with HIV are not allowed to work in Singapore – unless like Joyce, they have permanent residency or are married to a Singaporean. Critics say this counts as discrimination, at a time when the virus can be controlled with medication.

Avin Tan was one of the first Singaporeans to publicly come out about his HIV status. Now an activist with Action for Aids, he says living with the social stigma is challenging.

“There are a lot of laws that dictate what we need to do. We need to come out to our sex partners, our insurers, our employers and our health-care givers but there are no laws to protect us once we come out.”

Since the news of the leak, Action for Aids has been inundated with calls.

“A lot of people have been calling us crying, so worried that their children might find out, that their spouse would react.

Avin, like Joyce, only learned of the leak when the health ministry alerted him. But what has angered many was that the ministry had known that Farrera-Brochez had the information since 2016.

The health ministry rejected allegations of a cover up.

It said it had “judged that on balance, an announcement then would not serve the interests of the affected individuals, when weighed against the inevitable anxiety and distress they would experience”.

For a country that prides itself on its efficiency, the leak has been deeply embarrassing.

It comes not long after a series of lapses including a major health data breach last year which saw the personal medical information of 1.5 million patients, including the prime minister, leaked. The scandal has brought up many questions about how the city uses and safeguards such records.

Dr Leo Yee Sin, who runs it, has worked with HIV positive patients since the outbreak first reached Singapore’s shores in the 1980s. She says safeguards have been put in place which restrict doctors from accessing such confidential data. But she, too, admits that the real problem is how people living with HIV are treated by society.

“HIV-positive persons still face a lot of stigma. They find it very difficult to be accepted by society, so it’s important for us to pick this up and challenge the community, because the stigma comes from the community.”

But this might come too late for HIV sufferers like Joyce, who now lives in fear of her husband losing his job because of her condition.

Asked if she believes them when they assure her the leak has been contained, she says it’s 50/50.

“This is confidential information and they were supposed to protect us. I have lost trust in the system, not just here but it’s all over the world. Everywhere there is no trust.”