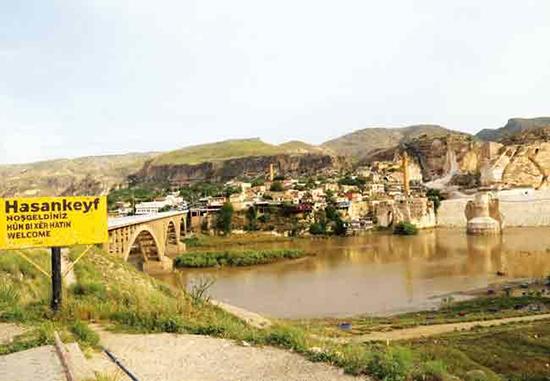 The European Court of Human Rights (ECHR) has dismissed an appeal against Turkey concerning the construction of the Ilısu dam in the southeastern Batman province’s archeological site of Hasankeyf.

The ECHR unanimously ruled that the application is “inadmissible” and found that there was no arguable claim that the project would violate the right to education and the right to respect for private life, according to a statement on Feb. 21.

The ECHR asserted that protecting the heritage is of Turkish authorities’ responsibility and that “the Court has no jurisdiction to consider whether or to what extent the construction ofa dam could undermine a cultural heritage.”

Five applicants, three professors, a lawyer and a journalist, all involved in various fields related to the site, took the case to the ECHR in March 2006.

One of the applicants initially applied to Turkey’s Prime Minister’s Office for the cancellation of the dam project. Following the tacit dismissal of his request, the lawyer applied to an Ankara administrative court, which also dismissed his appeal in 2012.

“The destruction of Hasankeyf will violate the right to education of today’s humanity as well as the future generations,” the applicants said in their application, adding that the transferal of monuments to another place is not possible since most of the remains are “not amenable to such manipulation.”

The applicants also argued that the construction of the Ilısu dam will have irreversible impact on the nature and landscape of the region.