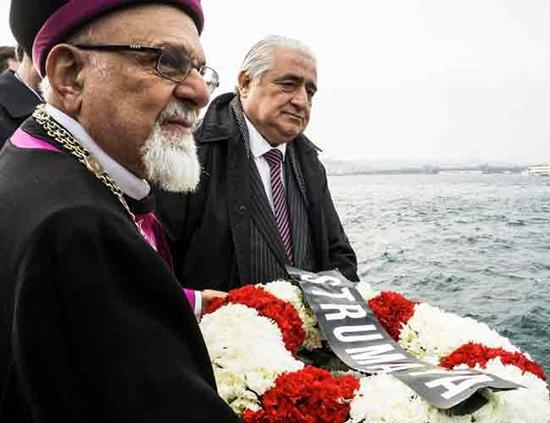 Turkey on Feb. 21 commemorated a World War II attack in the Black Sea where 768 people died when a vessel carrying Jewish refugees was torpedoed.

Turkish Foreign Ministry spokesperson, Hami Aksoy, said in a written statement a ceremony was hosted by the Governorship of Istanbul with the support of the Turkish Jewish Community to commemorate the “tragic incident” for the fifth time since 2015.

The statement said the Struma vessel, was fleeing the persecution of Nazis and their allies during the war when it was torpedoed in the international waters of the Black Sea on Feb. 24, 1942, resulting in the deaths.

“We commemorate in sorrow all those who lost their lives in the Struma vessel in the hope of fleeing the Holocaust 77 years ago,” the statement added.