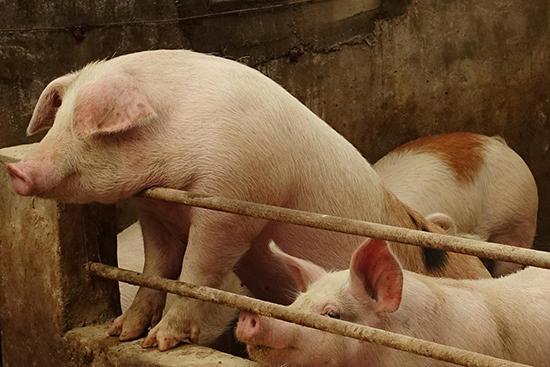 ARLINGTON, Va. (Reuters) – The United States, Canada and Mexico are coordinating efforts to prevent the arrival of a highly contagious swine disease that has swept through China’s hog herd and parts of Europe, U.S. Agriculture Secretary Sonny Perdue said on Thursday.

The disease, African swine fever, can cause death for hogs in just two days. China, home to the world’s largest hog herd, has reported more than 100 cases of the disease in 27 provinces and regions since last August. Efforts to contain the fever have disrupted Chinese pork supplies.

The virus has spread to China’s neighbor, Vietnam. Eastern Europe has suffered an outbreak and Belgium has found the virus in wild boar. If it were to reach the United States, swine fever could curb shipments in the $6.5 billion export market for American pork at a time when the industry is already reeling from the impact of trade disputes with China and Mexico.

“Sharing the long borders that we do both on the north and south, it’s important that we function together as one,” Perdue said at the U.S. Department of Agriculture’s annual outlook forum, where he shared a stage with Canadian Agriculture Minister Lawrence MacAulay and Mexico’s Secretary of Agriculture Victor Villalobos Arambula.

“All the things that go on in a very mobile world today will only increase the likelihood of things transferring from one nation to another,” Perdue said.

“We are committing even further, based on the most recent African swine fever, to up our game.”

“This type of thing is so vitally important because it takes one (case) to cost us billions of dollars,” MacAulay said. “I hope we can deal with this issue not after it comes, but before it comes.”

Smithfield Foods, the world’s biggest pork producer and a division of China’s WH Group, has increased safety procedures at U.S. farms, while U.S. hog farmers are leaving animal-feed ingredients imported from China in storage in an attempt to keep the disease out.

Though not harmful to humans, there is no vaccine for the disease and transmission can occur in many ways, including direct contact between animals, through contaminated food and by people contaminated with the virus traveling from one place to another.

News of the spread of the disease in Asia has lifted CME Group lean hog futures at times, as traders consider the potential for improved U.S. pork exports to China.

The USDA’s chief economist, Robert Johansson, said prospects for U.S. pork producers to export more to Asia to compensate for hogs culled due to the disease may be overstated.

Johansson said plentiful supply in the United States would push hog prices down 7.5 percent in 2019.

“Producers in the United States are very efficient at producing pigs, and they are producing a lot of them right now,” he said.