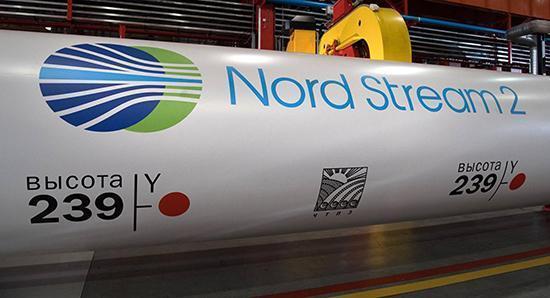 Austrian Chancellor Sebastian Kurz said in an interview with Austria’s ORF broadcaster after his meeting with US President Donald Trump that his country will continue supporting the Nord Stream 2 project despite Washington’s opposition to it.

Radio Sputnik discussed the issue with William Powell, editor-in-chief of the Natural Gas World, an independent specialist platform dedicated to accurate and reliable information related to the global gas market.

Sputnik: What do you make of Mr Kurz’s support behind the project in the face of President Trump’s discontent? He’s just being pragmatic really, isn’t he?

William Powell: Austria is looking at a European import gap of around 150 billion cubic metres a year. It all, of course, depends on what happens to gas in Europe with a move towards decarbonisation, but you can’t have an energy transition without gas. And where is the gas going to come from? And Russian gas is the cheapest source.

Some countries are buying LNG from elsewhere. Poland, for example, which bitterly opposes Nord Stream II, has signed up various contracts with US energy producers.

And then, yes, as you say a lot of concern about Ukraine, but that should be separated I think from gas supplies to Europe. That is another problem really, which isn’t Europe’s job to solve.

Sputnik: Well, absolutely, I totally agree with you. I mean you are talking pragmatically in terms of this particular situation. Form your expertise, what obstacles could Washington put in Europe’s way in relation to their support for the project? We know that President Trump is actively trying to promote LNG sales into Europe and that is his mission, I understand that. But from an economic point of view, it makes more financial sense to buy the cheaper Russian gas, I mean that is a no-brainer, isn’t it?

William Powell: Indeed, it does and Poland, which made much of its planned import of LNG from the US and also a very expensive pipeline it’s having built from the Norwegian continental shelf  to bring Norwegian gas to Poland, hasn’t said a thing about how much it is going to cost it.

But the Polish market itself is very, very non-market-oriented. So there is a whole load of[contradiction really within Europe itself. Regulation is probably the best way to control. If you have a properly regulated pipeline regime, it limits how much Russia can influence the market, really.

Sputnik: Are you saying that there is a shortfall in regulation? You are promoting regulation? Just explain a little more about that so that our listeners understand.

William Powell: Well, as I see it that the pipeline will be filled with Russian gas and that it will be controlled by Gazprom and there will be no real competition with that in Europe. The main thing is to have a regulated system so everybody can bring gas into the system on the same terms and conditions and compete with other suppliers from market share. The cheapest gas is going to win that argument by virtue of its price.

Sputnik: I am no expert in terms of economic strategy within the European Union but wouldn’t the European Union be better off self-discussing just exactly the point that you have made, in terms of trying to initiate some kind of managed regulation in terms of gas supplying instead of arguing the proverbial about whether they should be allowing the continuance of this Nord Stream II. Have you got a point of view on that?

William Powell: That’s what happens when politics and commerce clash, you do get these kind of red herrings going on. I mean Vladimir Putin last night made some very strong remarks about the Cold War and the threats which Russia could pose to the US and vice versa. And that is not a very helpful background; we should be discussing gas imports for Europe.

But the turbulence, the two things do get mixed up. We need to buy gas on predictable long-term frameworks. Energy has to be long term because of the costs involved.

And it’s no good deciding one day this and one day that. We have to decide something and then stick to it. We can’t change the rules halfway through.

It’s also worth pointing out that the US […] is a very big proponent of the southern gas corridor, which enables gas from Azerbaijan to compete with Russian gas. Whether that will be an economically good idea remains to be seen.

But there has already been some US intervention in the European gas market, but I personally believe that it is best that countries decide their energy policy for themselves rather than having it dictated to them by the threat of sanctions and other instruments, which will skew the market and stifle investment.