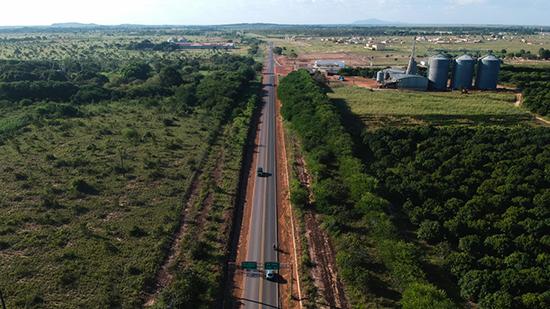 Starting Thursday evening, Venezuela is closing its border with Brazil, President Nicolas Maduro has announced. He added the same measure may apply to the border with Colombia, though he does not want to order it.

The Venezuelan military was ordered to enforce the travel ban in airspace and on the sea until further notice, Maduro said  during a televised address from a military headquarters.

Speaking about possible cut of border travel with Colombia, Maduro said he didn’t want to take such a decision but was considering it.

The restrictions come amid a tense stand-off over US attempts to deliver what Washington describes as humanitarian aid into Venezuela in defiance of the wishes of its government. The US considers Maduro usurper and recognizes as the head of state the self-proclaimed acting president Juan Guaido, whose opposition group is the designated receiver of the ‘aid’.

Earlier on Thursday Guaido said he will personally go to the border with Colombia to get the shipment from the US, urging drivers to go with him and defy the border guards ordered to prevent the delivery.

Maduro’s government is suspicious of the US stated plan to provide humanitarian assistance to Venezuelan opposition. US envoy for Venezuela Elliott Abrams has a record of using humanitarian convoys to smuggle arms to Latin American countries targeted for regime change by Washington, and Caracas says he is now trying to follow the same script in Venezuela.

The confrontation over the shipment was also a major point of anti-Maduro media spin by Washington, which accused the Venezuelan president of barricading a border bridge only to stop aid from coming in. In reality the bridge was never operational, but the narrative was uncritically adopted by the US media.

New platform to promote Turkish dramas to the world