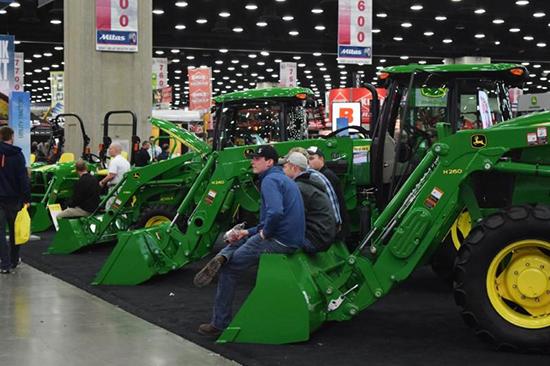 The economy’s outlook was also dimmed by other reports on Thursday showing a measure of factory activity in the mid-Atlantic region contracted in February for the first time since May 2016 and home resales plunging to a more than three-year low in January.

The reports, together with data last week showing steep declines in retail sales in December and manufacturing output in January, strengthen the Federal Reserve’s “patient” stance toward raising interest rates further this year.

Minutes of the U.S. central bank’s Jan. 29-30 policy meeting published on Wednesday noted that “some risks to the downside had increased” with regard to the outlook for the economy. The Fed left interest rates unchanged at that meeting and discarded promises of “further gradual increases” in borrowing costs.

“It appears the bloom is off the economic expansion rose,” said Joel Naroff, chief economist at Naroff Economic Advisors in Holland, Pennsylvania. “The data don’t paint a picture of strong growth going forward.”

Shipments of core capital goods rose 0.5 percent in December after an unrevised 0.2 percent drop in the prior month. Core capital goods shipments are used to calculate equipment spending in the government’s gross domestic product measurement.

While the rebound in core capital goods shipments suggests continued moderate growth in business spending on equipment in the fourth quarter, the surprise drop in orders points to weakness in the months ahead.

The December report was delayed by a 35-day partial shutdown of the federal government that ended on Jan. 25. The Commerce Department said the “processing and data quality were monitored throughout, and response and coverage rates were at or above normal levels for this release.”

The dollar trimmed gains versus a basket of currencies on the data and stocks on Wall Street were trading lower. U.S. Treasury prices fell.

The softening business spending outlook was highlighted by a another report on Thursday from the Philadelphia Fed showing its manufacturing activity index dropped to a reading of -4.1 this month from 17.0 in January. That was the first negative reading since May 2016.

A reading below zero indicates contraction in the region’s manufacturing sector. However, manufacturers in the region that covers eastern Pennsylvania, southern New Jersey and Delaware remained generally upbeat about business conditions over the next six months.

Business spending on equipment has been slowing since the second quarter of 2018, despite the White House’s $1.5 trillion tax cut. Some companies including Apple used their tax windfall to buy back shares on a massive scale. A survey last month showed lower taxes had not caused companies to change hiring or investment plans.

There was more bad news from the housing market, which has lagged other sectors. In a third report, the National Association of Realtors said existing home sales dropped 1.2 percent to a seasonally adjusted annual rate of 4.94 million units last month, the lowest level since November 2015.

But prospects for the housing market are improving, with mortgage rates declining to a one-year low and house price inflation slowing, which could make home buying more appealing. For now, the weak housing market is more evidence that the economy struggled early in 2019 after hitting a soft patch in the fourth quarter.

“But the bigger picture is that a slowing economy, as well as the continued problem of a lack of inventory, will keep a lid on sales growth this year,” said Matthew Pointon, property economist at Capital Economics in New York.

A fourth report from the Conference Board showed a measure of future U.S. economic activity slipped in January after being unchanged in December amid predictions of a considerable deceleration in growth by the end of 2019.

JPMorgan trimmed its GDP growth estimate for the fourth quarter of 2018 by one-tenth of a percentage point to a 1.4 percent rate. The government will publish the fourth-quarter GDP report next Thursday. The economy grew at a 3.4 percent pace in the third quarter.

The economy’s outlook has been clouded by fears of a sharp slowdown in global growth, especially in China and Europe, fading fiscal stimulus, trade tensions as well as uncertainty regarding Britain’s departure from the European Union.

Despite the darkening clouds, the labor market remains strong, though the trend in layoffs has been indicating some weakness. In a fifth report on Thursday, the Labor Department showed initial claims for state unemployment benefits dropped 23,000 to a seasonally adjusted 216,000 for the week ended Feb. 16.

But the four-week moving average of initial claims, considered a better measure of labor market trends as it irons out week-to-week volatility, rose 4,000 to 235,750 last week, the highest level since January 2018.

“It looks like the labor market has cooled lately, and this is not too surprising given that job growth has been robust in recent months despite other signs that the economy has slowed,” said Daniel Silver, an economist at JPMorgan in New York.