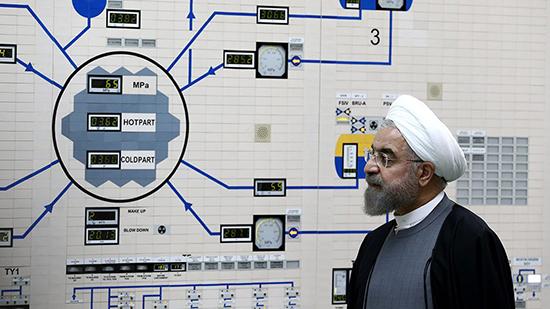 Russia  Today
Despite the unilateral US withdrawal from the nuclear agreement, its warmongering rhetoric and sanctions pressure, Tehran continues to honor all its obligations and remains compliant with the non-proliferation deal, the IAEA said.

In contradiction to Washington’s assertions that Iran is an unreliable partner and Israel’s claims that the Islamic republic is secretly pursuing a nuclear arms program, the International Atomic Energy Agency specifically noted that Tehran had offered full access to its nuclear sites as and when requested.

“Timely and proactive cooperation by Iran in providing such access facilitates implementation of the Additional Protocol and enhances confidence,” the IAEA report stated.

The Islamic Republic’s stock of low-enriched uranium remained well below the 202.8 kg limit and now stands at 163.8kg, the agency said, in the quarterly report. The country’s reserves of heavy water, which serves as the neutron moderator in the reactors, reached the level of 124.8 metric tonnes, still below the 130-tonne limit, the confidential assessment, reviewed by news agencies, said.

Iran remains in compliance with the 2015 Iran Nuclear deal in spite of the “toughest” American sanctions, introduced after Donald Trump unilaterally tore it up in May of last year.

Despite Washington’s pressure on its European allies to jointly pressure Iran, the rest of the signatories of the deal –China, France, Russia, the United Kingdom and Germany– continue to honor the key nuclear agreement. To alleviate the possible impact of the “toughest” US sanctions, the EU has devised a new mechanism, the so-called special purpose vehicle (SPV), and are also working on other financial channels to maintain ongoing business with Iran.