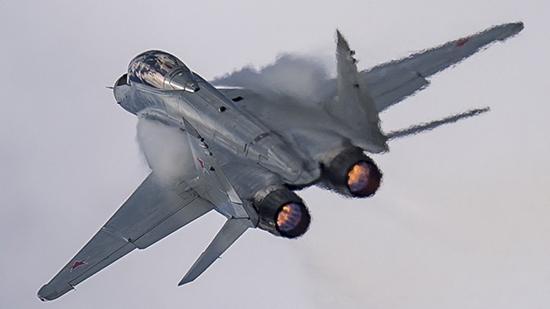 Mikhail Khodarenok, military commentator for RT.com. He is a retired colonel. He served as an officer at the main operational directorate of the General Staff of the Russian Armed Forces.
Russia  Today
With the AERO INDIA 2019 exhibition underway in Bangalore, there is much talk about the MMRCA 2.0 tender competition to supply medium multi-role combat aircraft to the Indian Air Force. What are the chances of the participants?

In April 2018, the Indian Ministry of Defense published an RFI (request for information) for the procurement of 110 multi-role combat aircraft for the country’s air force as part of the ‘Make in India’ initiative.

The 72-page document invites original equipment manufacturers to submit their responses by July 6. The aircraft are expected to provide air superiority and air defense, and should be able to perform air-to-surface and maritime operations, conduct reconnaissance, engage in electronic warfare, and perform aerial refueling.

According to the request, 17 fighters are to be delivered from the manufacturer flight-ready, while the remaining 93 would be produced in India by a company chosen by the Indian Production Agency (IPA). The document also specifies that 82 of the aircraft should be single-seat, with the rest being dual-seat jets that can be used for pilot training.

In their response, the manufacturers should specify the scope and range of technology to be shared with the IPA, and present a list of technology-sharing permissions that would need to be obtained from their respective governments.

Among other things, the manufacturers are expected to specify which weapons systems can be installed on their jets, and provide a list of weapons, sensors and other systems of Indian (or any other) origin that could be integrated into the aircraft.

A New Delhi-based analyst at Jane’s Information Services told Bloomberg that the cost of the entire batch of 110 fighters is estimated to be at least $15 billion.

At present, the effective combat strength of the Indian Air Force is a source of much concern for the country. According to India’s defense strategy, the national air force should have at least 42 fighter squadrons at its disposal. However, due to a shortage of combat aircraft, the number of combat-ready squadrons could fall to as low as 30.

The production of India’s homegrown Light Combat Aircraft (LCA) Tejas is moving at a sluggish pace. The initial batch of the French-produced Dassault Rafale fighter jets will be delivered to India in September 2019, with the first squadron expected to be formed in 2020, at the earliest.

According to the Indian media, the country’s air force should be uncompromising in their fight against the decline in the number of combat-ready aircraft and squadrons.

The situation is further exacerbated by the fact that India will soon have to decommission its obsolete MiG-21 fighters. Desperate times call for desperate measures – that is, at least, according to India’s expert community.

This is why India is trying its best to speed up the new MMRCA 2.0 tender. However, before talking about the competition at hand, it would be worthwhile to look back at the results of the previous tender.

It was Dassault’s Rafale that, in January 2012, won the bid to supply the Indian Air Force with medium multi-role combat aircraft. However, the implementation of the project ground to a halt due to excessively high costs and numerous problems associated with setting up licensed production. According to the leaks published in the Indian media, the French have allegedly refused to take responsibility for the quality of fighters produced in India under license. At present, India lacks the technological capabilities required to set up reliable production of the French aircraft, and to get to that point would require substantial amounts of time and financial investment.

As for the Russian MiG-29M/MiG-35, in the state that it was presented during the first MMRCA tender, its chances of winning the bid were rather slim. Moreover, unlike other participants, at the time, the MiG-35 had not yet been mass-produced and was not in service with the Russian Air Force.

However, since the first MMRCA tender, the Russian multi-role fighter jet has undergone dramatic changes for the better. The way it is today, it is completely in line with the requirements set by the Indian Air Force. Besides, Russia is ready not only to supply flight-ready aircraft, but also to transfer all the necessary technology and documentation to partner companies contracted to produce the fighters in India. Compared to the rest of the MMRCA 2.0 participants, this time Russia’s chances look much more promising. It would not be an exaggeration to say that Russia has made a unique offer to India.

According to the Indian media, the MMRCA 2.0 competition will feature the following aircraft: Rafale (France), Eurofighter Typhoon (DE, ES, GB, IT), F-16 Fighting Falcon (USA), F/A-18E/F Super Hornet (USA), Gripen E (Sweden), MiG-35 (Russia), and Su-35 (Russia). At first glance, it would seem that the list of participants has not changed since the first MMRCA tender. The only difference is the addition of the Su-35.

However, while carrying the same names, all of the fighter jets have changed a lot technology-wise. For example, Lockheed Martin will be presenting its enhanced F-16 Block 70 fighter jet, which carries cutting-edge on-board radio-electronic equipment and electronic warfare systems that are, in many aspects, just as good as the ones installed in the F-35 5th generation fighter.

Boeing will present its advanced F/A-18E/F Super Hornet with its increased combat radius, new EW suite, and more fuel-efficient engines. Even though the Eurofighter Typhoon lost to Rafale last time, now the European consortium will present a much improved version of this fighter jet. Some 550 of them are currently in use around the world. SAAB’s Gripen E is equipped with a more powerful thrust system and new avionics. SAAB claims that Gripen E was created in “a digital era” and is the jet of the future. 250 Gripen E jets are currently in operation, and the Swedish Air Force has about 100 of them. What concerns India is the fact that up to 30 percent of its parts are produced in the US.

ndian media note that Russia has traditionally offered a cheaper deal, but New Delhi believes that with the lifecycle expectancy and repairs, the cost of Russian jets could end up being significantly higher. However, Russia is now offering a wide range of after-sales services that comply with existing global standards. Ilya Tarasenko, vice president of the United Aircraft Corporation in charge of military and technical cooperation, also said that Russia is ready to use the client’s infrastructure to provide the full scope of after-sales services, which helps create new jobs and involve locals into the real sector of the economy.

If New Delhi opts for the Russian jet, the manufacturing process will only take a short time to set up, solving the issues concerning India’s shrinking effective air forces.

So, in summary, the competition will be intense, and the MMRCA 2.0 tender participants are preparing to go all out.