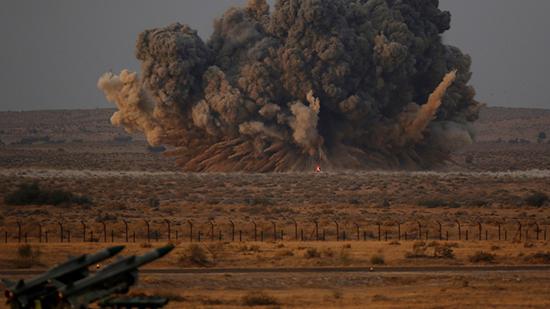 Despite tensions between the nuclear-armed neighbors having reached dangerous levels following the deadly blast in Kashmir, a war between India and Pakistan is highly unlikely, former leaders of the two states have stressed.

India remains committed to a no-first-use policy, former Prime Minister Manmohan Singh said on Sunday, calling his country a “reluctant nuclear weapon state” whose quest to acquire the ultimate weapon was never based on a “military rationale,” but rather on deterrence considerations, over threats coming from its longtime regional rival, Pakistan.

“This is why we decided to base our nuclear doctrine on a credible, minimum deterrent,” Singh said, pointing out that, after its first nuclear bomb test in 1974, India “exercised nearly a quarter century of restraint.”

Pakistan, for its part, would never attack its neighbor if only because such a first strike would see an obliterating response from India, retired four-star army general and the country’s former president, Pervez Musharraf noted on Friday, after border tensions between the rivals in Kashmir escalated to a new, “dangerous level.”

“There will be no nuclear attack,” Musharraf stressed. “If we would attack India with one atomic bomb, then the neighboring country could finish us by attacking with 20 bombs. Then the only solution is that we should first attack them with 50 atom bombs so that they cannot hit us with 20 bombs. Are you ready to launch a first-strike attack with 50 bombs?”

New Delhi deployed as many as 10,000 extra troops and paramilitary forces to the troubled Kashmir region in the wake of the February 14 suicide car bombing attack on Indian paramilitary police, which killed 40. The perpetrator was allegedly a member of the Pakistan-based Jaish-e-Muhammad terrorist network.

“Don’t even think of looking at Pakistan with an evil eye,” Pakistani foreign minister Shah Mahmood Qureshi urged India on Sunday, calling on the country’s leadership to show restraint, while stressing that New Delhi’s “war frenzy” is placing “the entire region’s peace and security at stake.”

Pakistan denied all allegations of involvement in the bombing, vowing to retaliate if India decides to attack the country. “We have no intention to initiate war, but we will respond with full force to full spectrum threat, that would surprise you,” Major General Asif Ghafoor threatened Friday.