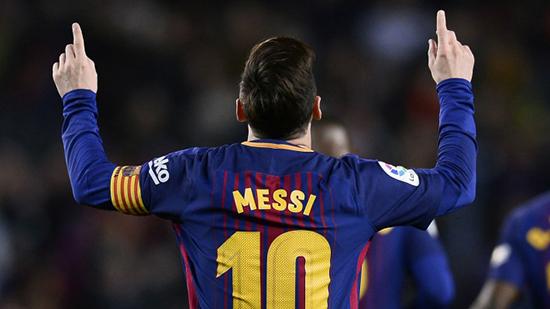 Real Madrid’s Gareth Bale came off the bench to convert a controversial penalty and secure a 2-1 win at Levante as the European champions rode their luck to stay within nine points of leaders
Real came under heavy pressure early on but Karim Benzema gave them the lead towards the end of the first half from the spot after a penalty was awarded for handball following a VAR review.

Levante, who pulled off a shock 2-1 win over Real at the Santiago Bernabeu earlier this season, deservedly drew level on the hour mark with a sliding finish from Roger Marti, who had struck the woodwork twice before the interval.

Real struggled to impose themselves on the game but were awarded another hotly-contested penalty following a VAR review when Casemiro went down in the box following light contact.

Wales forward Bale, who had only replaced Benzema minutes earlier, deceived Levante keeper Aitor Fernandez with an ice-cool finish from the spot but barely celebrated the goal, brushing away team mates who tried to congratulate him.

On Saturday, Lionel Messi scored his 50th career hat-trick to fire Barcelona to a 4-2 win at Sevilla after the champions had twice fallen behind, giving the Catalans a seven-point lead at the top of La Liga.

Sevilla, who have only won once in the league in 2019, took the lead midway through the first half through the winger Jesús Navas but were soon pegged back by an unstoppable volley from Messi. The home side capitalised on sleepy defending to retake the lead before half-time when Gabriel Mercado pounced in the area.

Ernesto Valverde made two attacking changes at the start of the second period, introducing Ousmane Dembélé and Sergi Roberto, and got the intended reaction when the France winger laid off the ball to Messi just inside the area and he lashed it into the top corner.

Messi, who has struggled for form in recent weeks due to a niggling injury, looked on a mission to grab the winner and after twice coming close he completed his treble in the 85th minute, reacting quickly to a poor Sevilla clearance to dink the ball over the goalkeeper Tomas Vaclik. Luis Suárez made sure of the points by scoring deep in injury time, chipping Vaclik after being played through by Messi.

Barcelona lead the standings on 57 points after 25 games while second-placed Atlético Madrid have 50 points after beating Villarreal 2-0 on Sunday, with Chelsea loanee Álvaro Morata scoring. Sevilla fall to fifth, slipping out of the Champions League places.

They are replaced there by Getafe, who climbed into the top four with a 2-1 win over their neighbours Rayo Vallecano, boosting their hopes of qualifying for the Champions League for the first time.

The win takes Getafe, who returned to the top flight in 2017, into fourth place on 39 points. Rayo remain in the relegation zone, sitting 19th on 23 points.

In the Bundesliga Bayern Munich manager Niko Kovac celebrated his 100th game as a Bundesliga head coach with a 1-0 home win over Hertha Berlin, with Javi Martínez heading in the only goal with an hour gone. Borussia Dortmund are three points clear at the top after beating Bayer Leverkusen 3-2 on Sunday. Jadon Sancho was again among the goals, volleying Dortmund into a 2-1 lead before Mario Götze scored what would prove to be the winner on the hour mark.

Jadon Sancho once again for Dortmund! 🌟

Excellent technique from the young Englishman 👏

Is there anything he can’t do?! 😧 pic.twitter.com/gTI1jZLFa2

In Serie A, Massimiliano Allegri’s Juventus side extended their unbeaten league run this season to 25 matches after a 1-0 win over Bologna. The champions had to wait until the 67th minute to break the deadlock when substitute Paulo Dybala fired home into the bottom corner from inside the penalty area.

Juve hold a 13-point advantage over closest challengers Napoli, who stretched their unbeaten run in Serie A to seven games by trouncing Parma 4-0 on the road.

Former Aston Villa midfielder Jordan Veretout converted a penalty in the 101th minute to clinch Fiorentina a 3-3 home draw against Internaziale.
Veretout converted from the spot after Danilo D’Ambrosio’s handball had been referred to the video assistant referee. It was the second handball incident in the match to be judged by VAR.

Inter had led 3-1 early in the second half. Matias Vecino cancelled out Stefan de Vrij’s own goal before Matteo Politano and Ivan Perisic’s penalty put the visitors in control.
Perisic converted after Edimilson Fernandes’ handball had also been referred to VAR, but Luis Muriel’s free-kick reduced the deficit and Veretout’s last-gasp penalty secured Fiorentina a point.

Fiorentina are given a penalty in the 99th minute!

Jordan Veretout tucks it away to end the game 3-3, what a game! 😯 pic.twitter.com/TOjtMtWC3O

Kylian Mbappé became the youngest player in 45 years to reach 50 Ligue 1 goals as PSG beat Nîmes 3-0 in Paris to stretch their lead at the top to 17 points.

Christopher Nkunku’s opener and Mbappé’s second-half double maintained PSG’s 100% home record in the league this season and lifted them further clear of second-placed Lille, who drew with Strasbourg on Friday.

Nkunku put PSG in front five minutes before the break when he expertly controlled Marco Verratti’s ball over the top before producing a composed finish. Mbappé had two goals ruled out in the first half, one for offside and one for handball, but made amends after the interval as he finished from close range on 69 minutes before finishing off a sweeping counter-attack for his second.