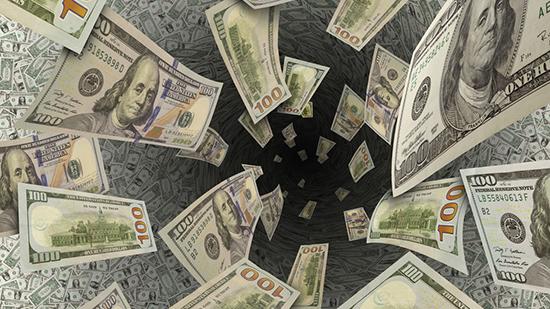 Ratings agency S&P Global said governments are continuing to run up huge debt levels and will borrow an equivalent of $7.78 trillion this year, which would be up 3.2 percent on 2018.

That will come as another jump in borrowing to take the global mountain of sovereign debt to $50 trillion in 2019.

“Some 70 percent, or $5.5 trillion, of sovereigns’ gross borrowing will be to refinance maturing long-term debt, resulting in an estimated net borrowing requirement of about $2.3 trillion, or 2.6 percent of the GDP of rated sovereigns,” S&P Global Ratings credit analyst Karen Vartapetov was quoted as saying by Reuters.

The rise in the total debt stock to $50 trillion would be a six percent rise on last year having been partly exacerbated by exchange rate swings.

Another international ratings agency, Fitch, said last month that debt in developed countries has remained fairly steady, around $50 trillion, since 2012.

That’s except for the United States where total public debt for the American government has jumped from $15.2 trillion to $21.9 trillion, or 44 percent, during that period. Total US debt is nearly 10 times the size of France, Germany, Italy and the UK combined, the agency noted.