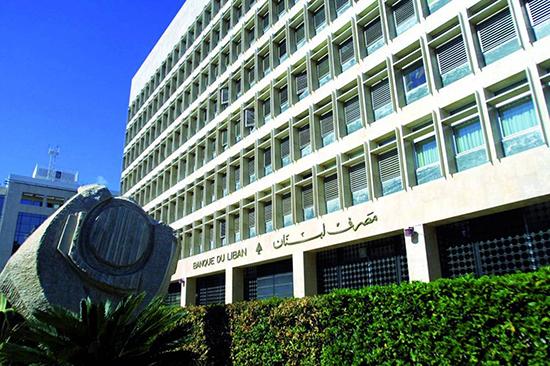 This is no longer the banking model in Lebanon today.

When I worked on Wall Street a few years ago, I could sense that something was wrong in our compensation mechanism. We got huge bonuses if things went well that year, but the downside was always limited. Take a trader who committed firm capital, a bet, if you will, on a certain outcome, say that the Japanese Yen was going to rise versus the dollar. If he got it right and made $1 million for the bank on this bet, he would have expected a bonus of maybe $100,000. On the other hand, if he lost $100 million of the bank’s capital, the most he stood to lose was his job; and during the bull market, it would usually take a few months, a bit of contrition during the interview (on how he learned his lesson), and presto, he was back in the game. He still got to keep his Ferrari, his mansion, his Rolex, his savings, and, sometimes, even his reputation. After the 2008 global crisis, shareholder and regulatory pressure fixed this a little, by paying some of the bonuses in stock, instead of cash, which took several years to vest (become his … and spendable). This gave traders some “skin in the game,” as Professor Nassim Taleb calls it. This idea that a person can benefit from the upside of taking excessive risk, but is largely shielded from the consequences of failure is called “moral hazard” and seems to be a major tenet of the Lebanese manifestation of capitalism.

This could be why our debt to GDP ratio is the third highest in the world, with nothing to show for it, because if, or when, the party comes to an end, i.e. when we can no longer sustain this, who will be held accountable?

Many banks in Lebanon, not unlike the country itself, are family-owned businesses, set up by a person decades ago when the banking model was simple, using the 3-6-3 rule: pay 3% on deposits, lend money at 6%, and go play Golf at 3pm.

This is no longer the banking model in Lebanon today.

I was looking at the financial statements of one of the largest banks in Lebanon, which said this bank made $165 million in net income, up from $161 million the year before. Not bad in this environment; but the notes to their financial statements, the fine print, stated that this bank made $234 million from something they called “transactions with BDL.” These are also known as financial engineering (FE) transactions. In other words, this particular bank lost $70 million in its core banking business (mortgages, auto loans, credit cards, etc.). Another large bank, that same year, made $600 million from FE. These FE transactions are financed through printing Lira and future liabilities by the Lebanese taxpayer. That, in itself, is not necessarily unusual and similar stuff was done during the 2008 economic crisis in the US and UK. The difference there is that those governments took equity positions (forced ownership) in the banks and exercised partial control over the ones receiving these bailouts, including limiting compensation of their managers.

I looked at the balance sheet of a third bank. On the liabilities side, its deposits were around $26 billion, about the same as they were a year ago. Deposits are called liabilities because they are not “milkbayyo.” Deposits belong to you, the depositor. However, on the assets side, the report stated that this bank had placed $22 billion with the central bank (82% of its deposits), which was up $6 billion in one year. I did this exercise for seven banks and found that they had a net aggregate of over $70 billion owed by the central bank ($50 billion net after subtracting what they owe BDL). Thus, if you extrapolate this exercise for the rest of the alpha banks (top 15), plus the other three dozen small ones, you could estimate that they’ve placed something like $75-100 billion, or more there. However, if the announced reserves are $40 billion ($30 billion after you subtract Eurobonds), and that these IOUs are increasing every year, you can see how this could lead to an oshit moment if enough people start asking for their money back. You might have run into a preview of this situation, which is nothing more than a shortage of US dollars, last time you went to the bank and cashed a dollar check and they gave you Lira, or maybe when you tried to transfer money out and they made the most ridiculous excuses to postpone or prevent you from doing this … or other such weird behavior.

This situation poses some massive exposure to sovereign and foreign exchange risk, that I sometimes wonder if the original founder, whose name is on the front door, is aware of.

Mind you, there’s nothing special about these banks — they’re pretty much all this way, but neither the owners of these private banks, nor the shareholders of the ones that are publicly listed, seem to know or care. If you look at the share price of pretty much every single listed bank, their stock price has been dropping relentlessly and consistently for the last few years. So, if the net income of banks has been rising every year, why is their share price down? This tells us that the market seems to know. One would expect the salaries of the managers to be affected, but it seems not.

What about their boards (of directors)? A while ago, I was offered a board position of a local bank, which is not a bad gig, paying a nice salary for attending 4-5 meetings a year. The first question I asked was do you provide director’s insurance? They said they didn’t, which was surprising, since Lebanese law holds board directors personally liable in the event of a blowup — in other words, the government is supposed to go after board members personally, in the event of a problem. Of course, one of the weaknesses in Lebanese banking law is that the chairman of the board has executive authority, meaning that board members, instead of checking on the CEO, actually report to him.

By the way, these numbers I’ve quoted are all published on their websites and signed off by international Big 4 audit firms. Do you know why? So that you, the customer or investor reads them to make up your mind on how healthy they are. But don’t waste your time on such trivial matters — just watch a TV talk show where an “expert” tells you how great they’re doing.