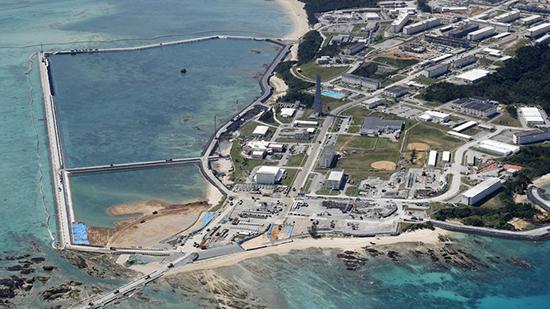 Residents have overwhelmingly rejected the relocation of a US military base to a remote part of Okinawa out of fear it will destroy the ecosystem and jeopardize locals’ safety. But Tokyo will likely ignore the protest, as usual.

The non-binding referendum saw a 52 percent turnout and some 72.2 percent of locals have said ‘No’ to the construction of a military base next to the fishing village of Henoko. Only 19 percent voted in favor of moving Futenma Marine Corps airbase to a new location, away from the densely populated Ginowan city, the prefecture reported.

But, despite the massive public opposition, the government of Prime Minister Shinzo Abe continues to insist that American presence on the island is vital to Japan’s deterrence capabilities and ability to protect itself against potential adversaries.

Japan to go ahead with building of new US military base on Okinawa despite 72% of residents voting against the move https://t.co/Wtrbkfgle1@AFPgraphicspic.twitter.com/LYhGlMoftn

“The Japanese government is pushing through the construction by force,” one of the voters, Sina Miyagi, told RT’s Ruptly.“However, I hope that our opinion will make a difference and Okinawa and Japan will restart dialogue, so that both can find a compromise.”

Okinawa accommodates about half of the 54,000 American troops stationed in Japan, to the detriment of the locals, who continue to rally against noise pollution and the behavior of US troops, who, in the past, had repeatedly been involved in sexual assaults and even deadly incidents.

“There are many people protesting in Henoko every day,” another local, Sho Asato, said. “I hope this referendum will be a show of support to them.”

Over the years, Henoko has become synonymous with mass protests and numerous sit-ins, as locals rally to preserve the peaceful existence of Henoko Bay, where corals and dugongs could face extinction from the US presence.