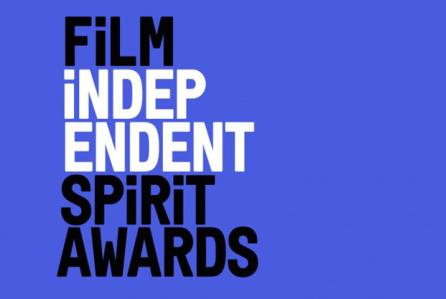 Trophies were handed out at the 34th edition of the Film Independent Spirit Awards with Barry Jenkins’s adaptation of James Baldwin’s If Beale Street Could Talk walking away with the most trophies including Best Feature, Best Director for Jenkins and Best Supporting Female for Regina King.

Of the three awards for Beale Street, it seems that King’s win further strengthens her chances of winning Oscar gold on Sunday considering Jenkins was snubbed for Best Director and the film didn’t make the Best Picture cut. However, the wins might work in its favor for the film’s Best Adapted Screenplay category.

Other big honorees of the evening included Boots Riley winning Best First Feature for his surreal comedy of class and race Sorry To Bother You and Glenn Close (who took her dog Pip as her date) taking home the trophy for Female Lead for her role in The Wife, continuing her winning streak by. Ethan Hawke’s performance in First Reformed earned him Best Male Lead while Richard E. Grant walked away with the trophy for Best Supporting Male.

The John Cassavetes Award, which is presented to the creative team of a film budgeted at less than $500,000 by Film Independent, was awarded to En El Septimo Dia. Now in its second year, the Bonnie Award, which recognizes mid-career women directors, was given to Leave No Trace‘s Debra Granik.

Morgan Neville’s Oscar-snubbed Mr. Rogers doc Won’t You Be My Neighbor found vindication with a Best Documentary win while Nicole Holofcener & Jeff Whitty put themselves in a good position for a possible Oscar win when they won for Best Screenplay for Can You Ever Forgive Me?

Filled with quick quips, an enjoyable witch-themed sketch and some irreverent jabs at the industry, the ceremony moved at a brisk pace with the help of host Aubrey Plaza. It was a nice amuse bouche to tomorrow’s Academy Awards ceremony.

BEST SCREENPLAY
Nicole Holofcener & Jeff Whitty, Can You Ever Forgive Me?

BEST DOCUMENTARY
Won’t You Be My Neighbor?

BEST SUPPORTING MALE
Richard E. Grant, Can You Ever Forgive Me?

SOMEONE TO WATCH AWARD
Alex Moratto, Director of Sócrates

The rise and fall of Thin Lizzy: ‘No one was going to be sitting in the shadows with this band’