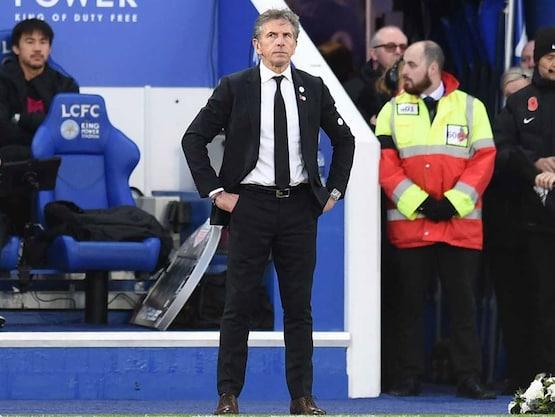 Leicester City’s dip in form followed a promising period over Christmas when they beat both Chelsea and Manchester City.

“The club would like to thank Claude for his efforts in leading the team during his 16 months in the role and wish him well in his future career,” the club added.

The Foxes’ miserable run includes a defeat to League Two side Newport in the FA Cup.

Their dip in form followed a promising period over Christmas when they beat both Chelsea and Manchester City, their last home success on Boxing Day.

Their last win was on New Year’s Day, with Jamie Vardy scoring the goal in a 1-0 victory at Everton.

The Midlands side have endured a traumatic season with the death of owner Vichai Srivaddhanaprabha and four others in a helicopter crash outside the club’s King Power stadium in October.

Puel took over from Craig Shakespeare at Leicester in October 2017 after a year long spell in charge of Southampton.

The Frenchman steadied the ship and eventually led the side to a ninth-place finish in the Premier League.

He was backed by the club’s board last summer, spending money on the likes of James Maddison, Ricardo Pereira, Rachid Ghezzal and Caglar Soyuncu as he aimed to change Leicester’s style of play.

However, the Frenchman’s approach came under fire from fans, especially his use of Jamie Vardy – with the former England striker also publicly questioning his manager’s tactics and training regime.

Celtic manager and former Liverpool boss Brendan Rodgers is reported to be among the front-runners to replace Puel in the summer, with the club set to install an interim manager for the remaining 11 matches of the season.