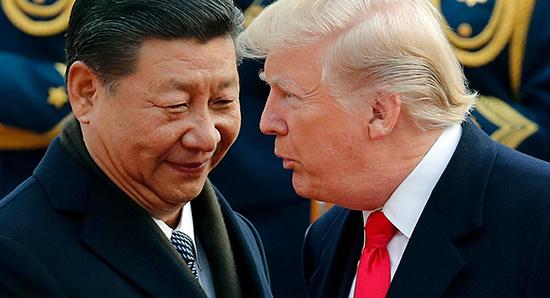 US President Donald Trump has announced that “assuming both sides make additional progress”, Washington will be planning a summit between him and Chinese president Xi Jinping at Mar-a-Lago to conclude a trade agreement between the two countries.

The US President announced on his Twitter page that he will delay planned US increase in tariffs on Chinese goods, which was previously slated for March 1.

“As a result of these very productive talks, I will be delaying the U.S. increase in tariffs now scheduled for March 1,” the US head of state said in a tweet.

He also stressed that Washington made a “substantial progress” in trade talks with China on issues such as intellectual property protection, technology transfer, agriculture, services and currency.

The latest round of US-China trade negotiations are currently taking place in Washington.

Earlier, media reported that US and Chinese officials were discussing a late March summit between Donald Trump and his Chinese counterpart Xi Jinping. On Friday, Trump said that the leaders might meet “fairly soon”.

China and the United States have been engaged in a trade war since Trump announced last June that Washington would subject $50 billion worth of Chinese goods to 25 percent tariffs in a bid to fix the US-Chinese trade deficit. The two countries have subsequently exchanged several rounds of trade tariffs until in December, Trump and Xi agreed upon a 90-day truce to allow room for a new trade agreement.