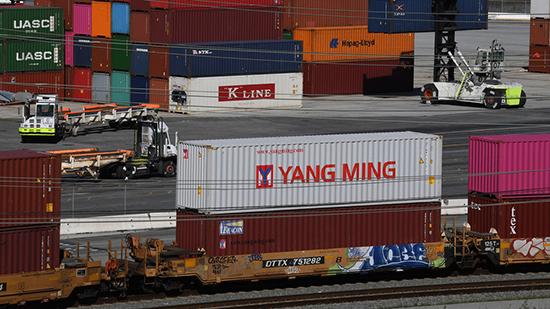 US President Donald Trump has promised to extend the temporary truce in the trade war with China, claiming that talks between the sides were so “productive” that he might even meet his counterpart Xi Jinping in person soon.

Trump hinted that an agreement might be concluded during a face-to-face meeting with Xi at his Mar-a-Lago estate in Florida, but gave no concrete time frames, saying that “additional progress” was needed.

I am pleased to report that the U.S. has made substantial progress in our trade talks with China on important structural issues including intellectual property protection, technology transfer, agriculture, services, currency, and many other issues. As a result of these very……

….productive talks, I will be delaying the U.S. increase in tariffs now scheduled for March 1. Assuming both sides make additional progress, we will be planning a Summit for President Xi and myself, at Mar-a-Lago, to conclude an agreement. A very good weekend for U.S. & China!

Beijing and Washington are struggling to come to an agreement before the March 1 deadline that marks the end of a 90-day truce the leaders agreed-to when they met in Argentina late last year.

The US has repeatedly accused China of stealing trade secrets and of ‘unfairly’ subsidizing its economy, while Beijing slammed US measures as protectionist.