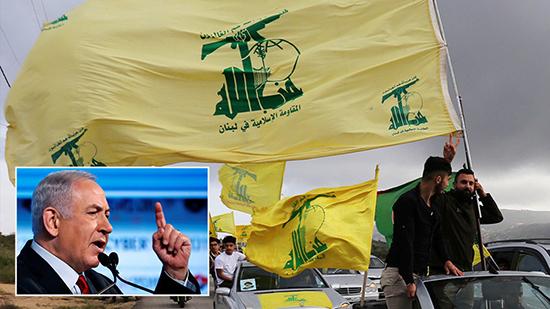 Russia  Today
The UK politician says government is putting Israel’s interests ahead of its own with move to blacklist political wing of Lebanon-based Hezbollah, adding that the designation will make diplomatic dealings with Beirut “impossible.”

“Hezbollah is a major parliamentary and governmental force in Lebanon, a friendly country, and this decision will make British relations with Lebanon impossible,” George Galloway told RT.

The Shia-supported group is the second biggest party in the country’s ruling coalition, and holds two seats in the cabinet.

On Monday, the UK government announced that from now on all parts of Hezbollah would be treated as terrorist organizations, as it has lost the ability to “distinguish between their already banned military wing and the political party,” both of which it accused of “attempts to destabilize the fragile situation in the Middle East.”

Today I’ve announced the banning of three groups – including Hizballah. We will continue to outlaw terrorist organisations that threaten our safety & securityhttps://t.co/KMuYXmmu39

The military wing has been on the blacklist since 2008.

The timing of the decision to join the US and Canada as the only major Western powers to entirely prescribe Hezbollah is not an accident in Galloway’s eyes.

“It is a genuflection to [Benjamin] Netanyahu, to help him win his election campaign,” said Galloway in reference to the Israeli prime minister, who has staked much of his political capital on playing up the threat from Hezbollah.

Israel goes to the polls on April 9, with Netanyahu in prime position to keep his premiership.

If the UK parliament approves the classification, anyone inside the country who declares himself a Hezbollah member, or solicits support on its behalf could face a prison term.

But Galloway believes that no prosecutions are likely to follow, nor will it have any impact on Hezbollah’s international standing, strategy or actions.

“It’s very foolish and very pointless. Hezbollah has no need of the British government’s approbation, it requires only the support of the Lebanese people, and the broader Arab people, both of which it has in abundance,” said the former Labour politician.

“Why does Hezbollah need the imprimatur of Theresa May?”

Despite condemning the move as “meaningless” the former MP for Bradford West, and current RT contributor, expects the designation to sail through parliament.

“I don’t expect anyone in the British parliament to oppose this, largely because I am no longer in parliament,” said Galloway.