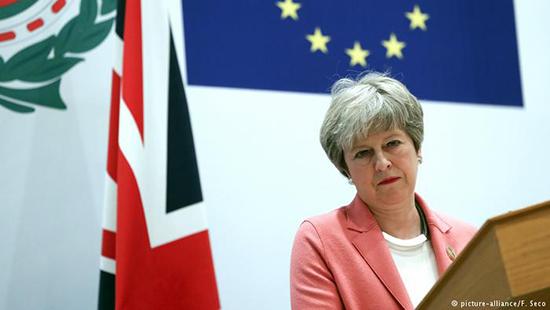 The opposition Labour party is hinting at a second ‘public vote’ as the chaos of a no-deal Brexit looms on the horizon. The EU’s Donald Tusk has said it would be “rational” to postpone the date.

On Monday evening, the Labour Party said it would back a public vote if parliament rejected the party’s alternative plan for leaving the bloc.

“This week Labour will put its alternative plan for a vote in the House of Commons,” Brexit spokesman Keir Starmer said on Twitter. “If Parliament rejects our plan, then Labour will deliver on the promise we made at our annual conference and support a public vote.”

Shadow Foreign Secretary Emily Thornberry told Channel 4 news: “We would have a referendum on whatever deal may or may not pass through parliament, and we would be saying to people — ‘Do you want this? Or do you want to Remain?’ It would be a confirmation referendum, a bit like what happened with the Good Friday Agreement.”

One of the European Union’s top officials called on British Prime Minister Theresa May to extend Brexit negotiations on Monday, a day after she delayed a major Brexit vote in Parliament.

European Council President Donald Tusk said that keeping the current divorce date at March 29 would be risky, as a revised deal is not in sight and businesses are worried about a chaotic exit under a no-deal situation.

“I believe that in the situation we are in, an extension would be a rational solution,” Tusk told reporters at an EU summit with the Arab League in the Egyptian resort town of Sharm El-Sheikh.

He added that “all the 27 (member states) will show maximum understanding and goodwill” in order to clear the way for postponing Brexit.

“The less time there is until March 29, the greater is the likelihood of an extension,” Tusk said.

May digs in her heels

Despite mounting pressure to push back the date, May remained firm in her resolution to agree a deal by the end of March.

“It is within our grasp to leave with a deal on 29th of March and I think that that is where all of our energies should be focused,” May said at a press conference in Sharm El-Sheikh.

May also met with German Chancellor Angela Merkel and European Commission President Jean-Claude Juncker at the summit in Egypt, in an attempt to secure changes to her Brexit deal that would garner enough support from British MPs for her Brexit withdrawal agreement to pass through parliament.

Following their talks, a German government spokesperson said that Berlin is “doing all that it can to ensure a structured exit.”

On Sunday, May announced that a parliamentary vote on the Brexit deal won’t be held as planned this week, and may be delayed until March 12. May’s first divorce deal with the EU was overwhelmingly rejected by British lawmakers in January.

May is due to address British lawmakers in Parliament on Tuesday to update them on the progress of her talks with EU leaders. On Tuesday morning, her de-facto deputy David Lidington said he hoped there could be a meaningful vote on the deal as early as next week.

Labour is due to present legislation on Wednesday that would force the government to extend the Brexit negotiation period if it has not approved a deal by March 13.

May had said she would present a revised divorce deal to Parliament and hold a vote on it by March 12.