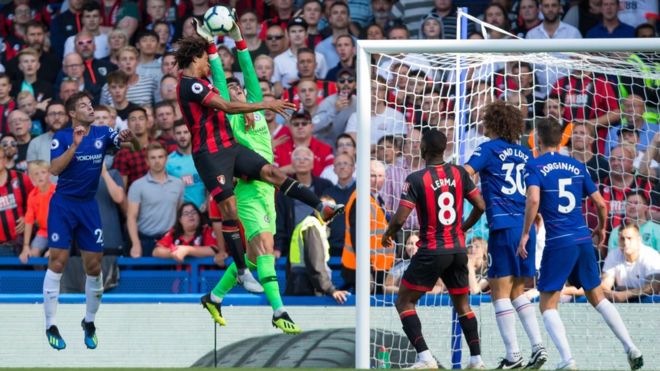 Maurizio Sarri, who reacted furiously when Kepa Arrizabalaga refused to be substituted, said the incident had been a “misunderstanding”.

Chelsea goalkeeper Kepa Arrizabalaga has been fined a week’s wages by the club after defying manager Maurizio Sarri and refusing to be substituted during the League Cup final on Sunday. “Although there was a misunderstanding, on reflection, I made a big mistake with how I handled the situation,” Kepa said in a statement on Chelsea’s website which announced the fine. The club simultaneously published a statement from Sarri in which the manager said the pair had spoken following the row, which occurred in extra time of the match which Manchester City won on penalties.

“He has apologised to me, his team-mates and the club,” said Sarri.

“It is up to the club if they want to discipline him according to the club rules, but for me this matter is now closed.”

Sarri, who reacted furiously when Kepa refused to be substituted after needing treatment in the closing stages, said the incident had been a “misunderstanding”.

“There was a misunderstanding yesterday but (Kepa) realises he made a big mistake in the way he reacted.

“The team performance as a whole was extremely positive and it is a shame to see how this incident has overshadowed our efforts in what was a very competitive cup final.”

Kepa, the club’s record 71 million pounds ($93 million) signing from Athletic Bilbao, refused to leave the field to be replaced by Willy Caballero. Sarri then stormed off down the tunnel in anger before returning.

“I wanted to take the time today to apologise fully and in person to the coach, to Willy, my team-mates and to the club,” said Kepa, 24, whose fine will be donated to the Chelsea foundation.

“I have done this and now I want to offer the same apology to the fans. I will learn from this episode and will accept any punishment or discipline the club decides is appropriate.”

Sarri is under increasing pressure with Chelsea losing four of their past seven games in a run that has seen them drop to sixth in the Premier League, crash out of the FA Cup and lose the League Cup final.

There is little time for Sarri and his team to regroup with third-placed London rivals Tottenham Hotspur visiting Stamford Bridge on Wednesday in the Premier League.