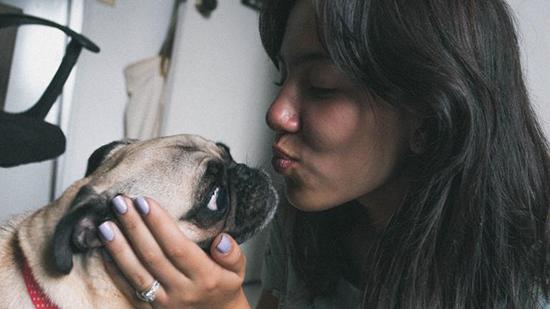 Researchers said that when dog owners spend extra time scratching their dogs’ bellies, take them out for long walks and games of fetch, they are gradually shaping their pooches’ personalities.

Dogs’personalities are largely affected by humans

A recent study proves that the personalities of pet dogs are gradually shaped by their owner’s behaviour and can even change over time.

So, if you’re wondering why your dog behaves in a certain way, you should think about how your actions are influencing him.

Researchers said that when dog owners spend extra time scratching their dogs’ bellies, take them out for long walks and games of fetch, they are gradually shaping their pooches’ personalities.

What has the study found?

“We uncovered similarities to their owners, the optimal time for training and even a time in their lives that they can get more aggressive toward other animals,” he said.

What did the scientists do?

Chopik surveyed owners of more than 1,600 dogs, including 50 different breeds. Dogs ranged from just a few weeks old to 15 years and were split closely between male and female.

“We found correlations in three main areas: age and personality, in human-to-dog personality similarities and in the influence a dog’s personality has on the quality of its relationship with its owner,” Chopik said.

Owners who rated themselves as agreeable rated their dogs as less fearful and less aggressive to people and animals.

The owners who felt happiest about their relationships with their dogs reported active and excitable dogs, as well as dogs who were most responsive to training.

Chopik found that The research, published in the Journal of Research in Personality, is one of the first big studies to have made such revelations about dogs’ personalities.