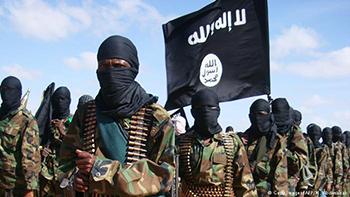 Shamima Begum and Hoda Muthana are products of their own societies—they can’t just be disowned.

In October 1959, Lee Harvey Oswald presented himself to the U.S. consul in Moscow and attempted, without success, to rid himself of his U.S. citizenship. The Warren Commission Report describes his frustration: First he told the consul, Richard E. Snyder, that he wanted to give up his citizenship. The consul refused to accept his declaration, so Oswald picked up a pen and put it in writing. To remove doubt, he added that he intended to defect to the Soviet Union and pass along secrets he had learned during his service as a U.S. marine. Denied again, he wrote to the consul days later, protesting the deprivation of his “legal right” to stop being American. To him, being American was a disease, and his government was withholding the cure.

Two women, Shamima Begum of the United Kingdom and Hoda Muthana of the U.S., recently discovered that the cure is worse than the disease. Both had traveled to join the Islamic State (Begum at 15 and Muthana at 20), and upon arrival urged others to follow them or to kill random people at home. A common ritual among travelers to Islamic State territory is a bonfire of passports, symbolizing the shedding of their former nationality. Muthana appears to have burned hers, and both women left little doubt that they intended, like Oswald, to leave their countries and betray them to an enemy state.

Kurdish forces are now holding them captive, and they both want to go home. On Tuesday, the U.K. informed Begum that it had revoked her citizenship. The next day, Secretary of State Mike Pompeo said that Muthana, too, is someone else’s problem. He declared that she was never a citizen to begin with because she was born in the United States while her father was here as a Yemeni diplomat, and children born to diplomats cannot claim birthright American citizenship. (Muthana’s family claims that the father had left diplomatic service when she was born, and that they gave the Obama administration proof of that when first confronted with this argument in 2016.) The upshot for both women, now marooned in the Syrian desert, is that they are alone and have very grim futures.

How easy should it be to give up your citizenship? In the era of Oswald, it could be difficult—like joining an especially selective monastic order that turns away aspirants until they kneel in the snow for a few days outside the monastery or consulate’s doors. Now a U.S. citizen can stop being American with a single visit to a consulate. (Most renounce not for ideological reasons but to avoid the complications of living as an American expatriate, subject to dual taxation and bureaucratic requirements far more onerous than for expatriates of almost any other country.)

But to argue that these women have given up their citizenship through informal means—by tweeting ghoulishly, burning a passport, or joining a terrorist group—is still a novelty and, according to an emerging consensus, a bad idea. Most terrorism experts seem to agree that stripping the citizenship of ISIS fighters is either imprudent or illegal or both.

Under American law, the rule of denaturalization is by now relatively clear: No one can be denaturalized except with the determination of a federal court. It was not always so. Patrick Weil, a legal historian at the French National Center for Scientific Research, says that the involuntary stripping of citizenship happened “on a massive scale” in the United States in the early half of the 20th century, with some 140,000 Americans losing their citizenship for offenses much milder than incitement to mass murder. Only after Supreme Court decisions in the late 1960s did the process of forced denaturalization become so difficult that it rarely occurs. If Muthana was indeed born American, I expect the courts will agree that American she remains.

(In the U.K., since 2002 the reverse has been true: The government may deprive people of citizenship through executive power alone. Britain has taken away citizenship from at least 373 people since 2006.)

Those who wish to de-Americanize Muthana and people like her invoke security and morality. Is it safe to take American terrorists back and deal with them through our justice system—perhaps letting them proselytize in our prisons and recruit more jihadists? Muthana is practically begging to be put on trial and found guilty, as long as she never has to leave America again. But of the dozens of other Americans who traveled to the Islamic State, and the thousands of non-Americans, one can reasonably expect that a few will remain permanent threats. A robust finding of the ISIS era is that a few charismatic terrorist recruiters have outsized effects, sometimes luring hundreds of others. Having them in easy contact with potential American recruits is a metastatic problem. Of course, having them wandering the Earth, far away from American oversight, carries risks of its own. Saudi Arabia revoked the citizenship of Osama bin Laden in 1994, and had less control over him thereafter.

I share Thomas Hegghammer’s suspicion that the harsh attitude of U.K. Home Secretary Sajid Javid toward Shamima Begum (who gave birth on Sunday, and wants to bring her baby home too) owes much to a desire to deter future terrorist travelers. Begum is now among the most detested Britons. Unlike Muthana, she has expressed no regret at having left London for Syria. If she is allowed back, some may reasonably conclude that joining a murderous cult is a decision with little legal downside, especially if during your terrorist holiday you refrain from Instagramming evidence of your complicity in murder. (How will prosecutors prove that these women are guilty of anything? Until very recently, we didn’t even know they were alive.) Being turned into an example, for purposes of deterrence, is partly bad luck for Begum. Of course, criminals have bad luck all the time, and that alone is not a reason to treat her mildly.

But of all arguments against denaturalization, I find the moral ones most compelling: Begum and Muthana are ours. ISIS foreign fighters think of themselves as members of a Muslim ummah stretching back 1,400 years. But my reporting shows that with very few exceptions, they always bear marks of the culture in which they were raised. They thought the Islamic State would be a utopia, but usually their idea of utopia was conditioned by the ideals of their home nation. Japanese recruits projected onto the caliphate an idealized form of Japanese culture; Texans saw an Islamic Wild West; Brits thought that the Islamic State would fulfill a dream of social welfare that the U.K. had aspired to, but never quite managed to create.


These indelible marks of national origin tell us that the foreign fighters are, in the end, products of our own societies, and no more capable of being disowned than any other villains we produce, either for domestic mayhem or for export. They are Japanese and American and British. We inflicted them on the world. They are our responsibility, and we have to punish them, rather than force others to punish them on our behalf. Remember that the main victims of ISIS were the local populations of Syria and Iraq. It would be perverse to expect those countries to bear the sole burden of prosecuting these women.

Stripping Begum and Muthana of citizenship would give (at best) mixed practical benefits. With the moral argument for bringing them back so crystalline, it is difficult to imagine that practical ones for disowning them should prevail.