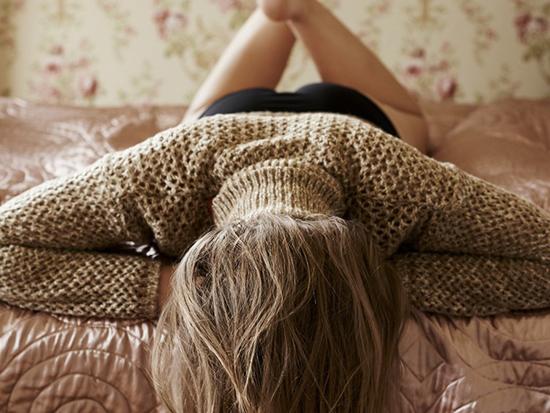 JUPITER, Fla. — She remembered how it began, at a time of her life when she was alone and suffering. Her mother was dying. She’d lost her job at a local hospital, and she was going through a painful divorce. Then, along came a man who was kind.

She said she met him while out with a friend. An evening of conversation turned to dinner dates and help with her two children. Soon, he was embedded in her life — and that’s when things turned.

She didn’t know it then, but she had been targeted by the man, spotted as vulnerable, and guided first toward dependence on him and, within months, into prostitution. He would cut her off from the world, threaten her, and nurture her fear of what might happen if she dared to leave.

The details of her entrapment may differ in specifics from those that Florida authorities said ensnared women working at the Orchids of Asia Day Spa, where a human trafficking investigation last week resulted in charges of soliciting prostitution from a list of men, including New England Patriots owner Robert Kraft. But the basic tools — exploiting vulnerabilities and using fear, isolation, and emotional manipulation — are the same.

The women at the Orchids of Asia, the authorities said, were lured from abroad by promises of legitimate jobs, then forced into servitude. Isolated by language barriers and dependence on their captors, they performed sex acts for long hours and were forced to sleep and eat where they worked.

“They are looking for body language, a woman that’s a half step behind her friends,” said Becky Dymond, who runs Hepzibah House, a Palm Beach County recovery program for adult survivors of sex trafficking. “Eye contact. If she turns her eyes away, it’s a sign of submission.”

The woman who spoke to the Globe about her experience of being drawn into prostitution said such practices are more widespread than many people know.

“People have to understand what human trafficking means,” she said. “They think it goes on in Third World countries — somewhere, but not here. And it is right here. It is right under our noses.”

The woman told her story to the Globe on the condition her name and other details that might reveal her identity not be used. She was put in touch with the Globe through Hepzibah House.

The woman said she worked as a prostitute in South Florida for 18 months, starting in early 2005.

She met the man who would become her trafficker at a restaurant shortly after Christmas 2004, while on a girls night out with a friend. He was friendly and solicitous and moved fast. He wanted to see her the next day and the next. In a short time, he was picking up her two boys from school and looking after them at her home while she worked two part-time jobs. She noticed that as time went on, he brought more and more of his possessions and left them at her home. Then he seemed to be staying for good.

She said she tried to break up with him at one point, but he exploded in rage, telling her that she would owe him money for the dates he’d taken her on. The display of anger made a lasting impression on her.

By March of 2005, he had told her to quit her jobs and directed her to list her name with several escort services.

“You’re going to do this now,” she said he told her.

Beyond her fear of him, the reasons she acquiesced to his demands are hard to explain to those who haven’t lived it. Advocates, including Dymond, said that victims in her situation undergo a phenomenon they call “trauma bonding.”

“When you’re living in that kind of dangerous, chaotic new world, you never get a chance to put brain cells on it that would say, ‘Get out of here.’ You’re paralyzed.”

Slowly, meticulously, she was being cut off from everyone and everything around her. He took her phone. He got rid of her minivan, replacing it with a car in his name. He gathered all of her belongings — family photos, photos of her sons — and packed them in a storage unit.

Soon, she was working seven nights a week on his orders, meeting men in hotel rooms and adhering to a strict set of rules.

What had begun as manipulation, she said, escalated to threats of violence. He raged in her face like a drill sergeant. He threatened her safety and, eventually, that of her children. Her older soon had moved out, and she sent her younger son out of state to live with his father.

Somewhere along the way, a reality set in.

“I realized my life is over,” she said. “This is it. I need to do what he tells me to do, otherwise he could hurt my children.”

Despite the threats, she twice fled to a women’s shelter, and twice she returned to him.

Then, in 2006, she said, she called an old friend and began plotting an escape. She began furtively meeting her, each time handing over small amounts of pocket change to save for her plan to leave. Anything more her trafficker would surely miss.

Eventually, she had saved enough that she thought she could get away, about $100.

She gathered a few possessions and made her way to a women’s shelter. She stayed there briefly and then moved in with another friend. She used the money she saved to buy a new phone her trafficker would not be able to trace.

In the years since, she has managed to regain some semblance of normalcy. She remarried. She currently works as a paralegal in Florida and has been able to salvage her relationships with her family, including her two sons.

Each day, though, is a struggle. She lives her life within a 10-mile radius of her home. Venturing anywhere farther makes her anxious.For a long time after leaving, she lived in fear that the man she lived with would come back for her — in her mind, every car that passed might be him.

It has gotten better over time.

But it will never be fine.

And this, experts said, is the true tragedy.

“For someone like Robert Kraft, it’s embarrassing, but he’s going to pay a fine and go back to his life,” said Mike Morgan, an attorney with the firm Morgan & Morgan, which represents victims of sex trafficking. “It pales in comparison to what these women — and in many cases, underage girls — go through.