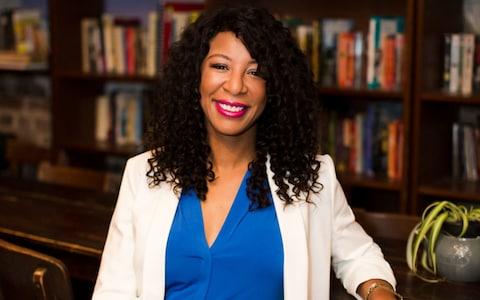 “I immediately felt violated,” Alva Johnson told The Washington Post about the incident she says took place at a Florida rally.

A former staffer on Donald Trump’s presidential campaign says he kissed her without her consent outside a rally in Florida in August 2016, The Washington Post reported Monday.

“I immediately felt violated because I wasn’t expecting it or wanting it,” the staffer, Alva Johnson, told the Post. “I can still see his lips coming straight for my face.”

The allegation is described in a federal lawsuit filed Monday in Florida, in which Johnson is seeking unspecified damages for emotional pain and suffering, according to the Post.

Trump grabbed Johnson’s hand and tried to kiss her on the lips as he exited an RV outside the Tampa rally on Aug. 24, 2016, she alleges in the lawsuit and told the Post in a series of interviews.

Johnson, 43, told the Post she turned her head to avoid the unwanted kiss, which landed on the side of her mouth and felt “super-creepy and inappropriate.”

“This never happened and is directly contradicted by multiple highly credible eye witness accounts,” Sanders said in a statement.

Johnson identified a campaign official and then-Florida Attorney General Pam Bondi as witnesses. However, both parties told the Post they did not see the alleged kiss.

Johnson’s boyfriend, mother and stepfather confirmed to the Post that she told them about the alleged incident the day it occurred. The Post also obtained text messages between Johnson and a Florida attorney whom she consulted about Trump’s alleged misconduct. The messages showed that the attorney found Johnson’s allegation “credible” but did not take on her case for business reasons, according to the Post.

Notes from Johnson’s therapist at the time referred to an unspecified event during the campaign that left Johnson distressed, the Post reported.

Johnson “felt reduced to just another object of [Trump’s] unwanted sexual attention” when he “forcibly kissed” her, the lawsuit says.

In her lawsuit, Johnson, who is black, also alleges that Trump’s campaign discriminated against her by paying her less than her white colleagues. Trump’s campaign has denied the accusation.

“The Trump campaign has never discriminated based on race, ethnicity, gender, or any other basis,” Kayleigh McEnany, a spokeswoman for the campaign, told HuffPost in a statement. “Any allegation suggesting otherwise is off base and unfounded.”

At least 21 other women have accused Trump of various instances of sexual misconduct between the early 1980s and mid-2000s. He has vehemently denied the allegations.

In the now-infamous “Access Hollywood” tape recorded in 2005 and made public in October 2016, Trump bragged about making sexual advances on women without their consent.

“I’m automatically attracted to beautiful [women],” Trump can be heard telling host Billy Bush. “I just start kissing them. It’s like a magnet. Just kiss. I don’t even wait. And when you’re a star, they let you do it. You can do anything.”

Johnson told the Post that she quit Trump’s campaign a few days after the “Access Hollywood” tape was made public.

“I felt sick to my stomach,” she said of Trump’s comments on the leaked audio. “That was what he did to me.”

“She believes she has an obligation to tell her story and to hold him accountable for what he’s done to her but to so many other women,” Zavareei said.

Asked if Johnson would testify before Congress about the alleged kiss, Zavareei said they would consider doing so.

“She’s obviously going to testify in court in this case,” he said. “Whether she testifies in Congress, I don’t know. If they made the request we would certainly give it fair consideration.”

This story has been updated to include McEnany’s statement and Zavareei’s comments.