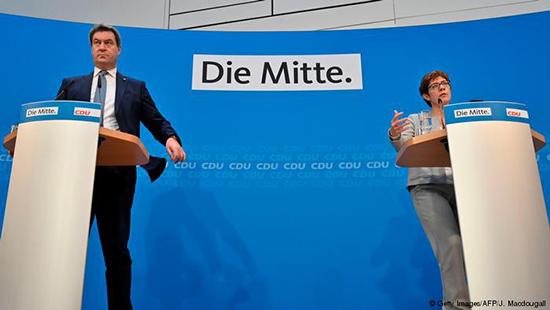 The political parties making up Germany’s coalition government have each lost thousands of party members over the past year, according to a survey conducted by the German Press Agency.

The Christian Democratic Union (CDU) — formerly headed by Chancellor Angela Merkel and now led by Annegret Kramp-Karrenbauer  — was worst hit with a loss of 11,000 members since the start of 2018. Its membership now stands at 415,000.

The Social Democratic Party (SPD) also experienced a loss, with membership falling from 443,000 to just under 438,000.

Other major political parties experienced either no major loss of members, or an increase.

On Monday, Greens politician Michael Kellner told German newspaper Die Welt that the Green party had gained 10,246 new members to bring its total up to 75,311.

The Left party numbers remained about the same, with 62,000 members.

The far-right Alternative for Germany party also gained about 1,000 members, bringing its total to 33,615.