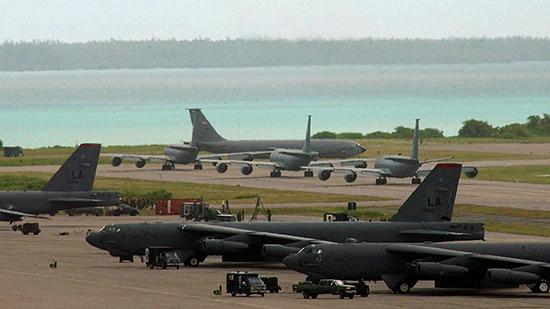 Russia  Today
Britain illegally occupied a group of islands in the Indian Ocean that belong to Mauritius, the International Court of Justice has ruled. Their population was expelled to make room for a massive US military base on Diego Garcia.

The entire population of the Chagos archipelago was expelled by the British between 1967 and 1973 to make room for the US base, which is the only inhabited part of the archipelago today. The UK formerly recognized it as part of Mauritius, but separated the islands as a precondition of granting independence to that former colony.

“The Court concludes that, as a result of the Chagos Archipelago’s unlawful detachment and its incorporation into a new colony… the process of decolonization of Mauritius was not lawfully completed when Mauritius acceded to independence in 1968,” the ICJ said in the advisory opinion issued on Monday, adding that the UK “has an obligation to bring to an end its administration of the Chagos Archipelago as rapidly as possible.”

Thirteen out of 14 judges on the panel sided with Mauritius in giving the advisory opinion requested by the UN General Assembly. The only dissenting judge was from the US. The Guardian described the ruling as “a humiliating blow to Britain’s prestige on the world stage.”

Documents cited by the ICJ show that London had told Washington that when military facilities were built on Diego Garcia “it would be free from local civilian inhabitants.” Some 1,500 islanders were deported from the archipelago by 1971 to make room for the US base, and forbidden from returning.

The ICJ also cited a memo prepared for UK PM Sir Harold Wilson in September 1965 by his private secretary Sir Oliver Wright, ahead of a meeting with the future leader of Mauritius:

Sir Seewoosagur Ramgoolam is coming to see you at 10:00 tomorrow morning. The object is to frighten him with hope: hope that he might get independence; Fright lest he might not unless he is sensible about the detachment of the Chagos Archipelago.

In its appeal to the UN General Assembly last year, Mauritius argued the separation violated UN Resolution 1514 from 1960, which prohibited breaking up colonies prior to giving them independence.

“This is a historic moment for Mauritius and all its people, including the Chagossians who were unconscionably removed from their homeland and prevented from returning for the last half century,” Mauritius PM Pravind Kumar Jugnauth said Monday, commenting on the ruling. “Our territorial integrity will now be made complete, and when that occurs, the Chagossians and their descendants will finally be able to return home.”

He also called the ruling “a historic moment in efforts to bring colonialism to an end.”

UK government told US it was using the “environmental lobby” to thwart the return of #Chagos Islanders it had forcibly removed to make way for a US military base.

London has tried a variety of ways to keep the Chagos residents from returning, including paying out £4 million to almost 1,400 of them in the 1980s and establishing a maritime exclusion area on grounds that the environmental lobby is “far more powerful than the Chagossians’ advocates.”