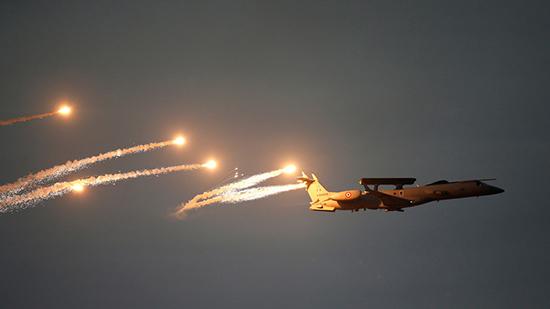 An Indian minister claimed that the country’s aircraft made a successful bombing run against terrorists on the Pakistani-controlled side of Kashmir. Pakistan said the Indian jets “released a payload” while fleeing.

“Air Force carried out aerial strike early morning today at terror camps across the LoC [Line of Control] and Completely destroyed it,” the minister of state of agriculture, Gajendra Singh Shekhawat, tweeted on Tuesday.

The Pakistani military confirmed the incursion of the Indian jets into its territory but offered their own account of what happened next. The army’s spokesperson, Major General Asif Ghafoor, said the Indian aircraft released a payload in haste “under forced hastily withdrawal” from the jets scrambled to intercept it, and claimed there were no casualties and “no infrastructure was hit” during the raid.

Tensions in the contested region have run high for weeks ever since a suicide car targeted Indian military police, killing 40.

The terrorist attack has prompted calls for ‘surgical strikes’ 2.0, a repeat of the 2016 cross-border ground operation ordered by Indian Prime Minister Modi in response to an attack on an Indian Army base in the Himalayan valley that killed 18 soldiers.