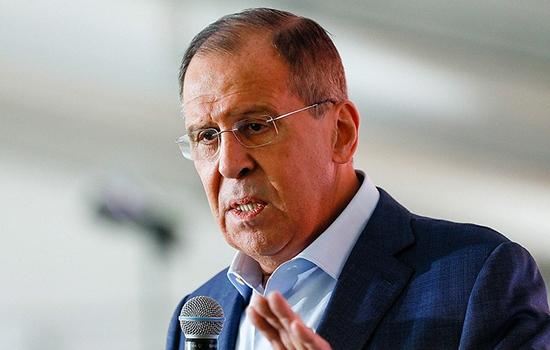 Paris has crafted a law that “filters” the information “in the media sphere in the way France itself wants,” Lavrov said.

Speaking to reporters during his trip to Vietnam on Monday, the minister recalled how RT and RT France, as well as Sputnik news agency, routinely get labeled by French officials as “fake news” as part of the alleged Russian ‘influence campaign’.

They’re being barred from everywhere: from the [president’s] Elysee Palace, from various events.

“When we bring this up to the French, they say: it’s all fine because they’re not the media, they’re instruments of propaganda,” he said.

Lavrov also mentioned that officials in Paris rebuff Russia’s appeals to the OSCE rules against creating obstacles to the access to information for citizens and journalists alike.

One of the pillars of the OSCE approach to the right to communication is the Copenhagen Document on the Human Dimension, adopted in 1990 and signed by France. According to the document, freedom of expression includes“freedom to hold opinions and to receive and impart information and ideas without interference by public authority and regardless of frontiers.”

French President Emmanuel Macron proclaimed his anti-RT and anti-Sputnik policy in 2017 when he – then a candidate in a presidential race – barred their reporters from entering his campaign’s HQ. He later described both outlets as “organs of influence and propaganda” and accused them of spreading slanderous stories about him.

RT and Sputnik strongly rejected Macron’s allegations. “To this day not a single example, not a single piece of evidence, has been presented to support the claims that RT spread any slander or ‘fake news’ about Mr. Macron,” RT’s editor-in-chief Margarita Simonyan said at the time.

In 2018, RT France journalists were denied entry to Macron’s residence at the Elysee Palace to cover his official briefing, despite having the required credentials. The same year the parliament adopted a controversial law allowing a crackdown on the dissemination of “false information” in the media.

Most recently, in 2019, Macron implied that RT and “the Russians” were amplifying the ongoing Yellow Vest protests against his government.