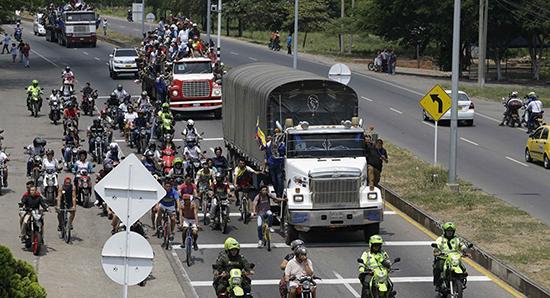 “I should add that the United States are sending us products that no one has inspected. Sources have told us that the boxes contained decayed food, and expired and unusable medications,” Tortosa told Russian newspaper Izvestia.

The ambassador specified that no organization responsible for inspecting humanitarian convoys, including the International Committee of the Red Cross, had checked the US aid.

Tortosa added that Venezuela did not reject foreign humanitarian assistance in general. It has accepted seven tonnes of medications from Russia, as the Venezuelan government is sure that this aid has been provided sincerely, without any “pitfalls.”

On Saturday, the Venezuelan opposition failed to ensure the delivery of the so-called humanitarian aid, including products and medications from the United States and other countries, into Venezuela from Colombia and Brazil. Venezuelan President Nicolas Maduro has rejected the deliveries of US-sponsored aid as a ploy to oust him from power and called it a “show” aimed at justifying an intervention into Venezuela.

Venezuelan Vice President Delcy Rodriguez had dismissed allegations about a humanitarian crisis in the country, recalling that international law provided for deliveries of foreign humanitarian aid only in cases of natural disasters and armed conflicts.

Caracas has warned that illegal entrance of any vehicle into Venezuelan territory would be considered an offense by the country’s military officers.