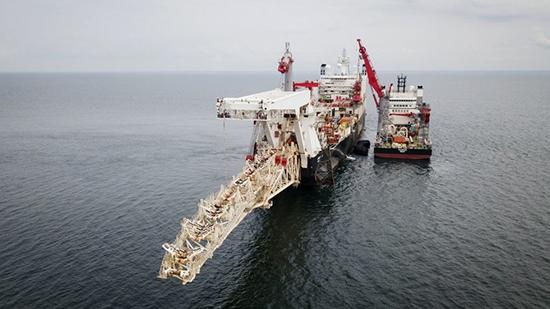 The politician stressed that Germany needs as many ways for energy purchases as possible, while the US is constantly trying to impose its own liquefied natural gas (LNG) on European consumers by criticizing gas imports from Russia.

“To follow your own economic goals is normal, but to link such interests to security issues is unconvincing,” Soder said. “It is difficult to understand the US government when they call German cars a risk to US national security, and then sits down at the same table as we do at NATO.”

The comment came shortly after US Vice President Mike Pence once more blasted Berlin over its alleged energy dependence on Russia during the Munich Security Conference. Pence issued a warning to Germany over the Nord Stream 2 pipeline.

The Bavarian prime minister added that Germany has to look for multiple opportunities for gas purchases after the country rejected coal and nuclear energy.

“I cannot understand why the pipeline that comes from Russia via Ukraine should be safer than a direct pipeline from Russia to Germany,” he said.

“When it comes to international politics, Moscow has no business being on the penalty bench,” Soder said.

Nord Stream 2 is set to run from Russia to Germany under the Baltic Sea. The pipeline, a joint venture of Russia’s Gazprom and five European energy majors, is expected to double the existing pipeline’s capacity of 55 billion cubic meters annually, and is supposed to come into operation by the end of 2019.

The pipeline has been repeatedly criticized by the US and some other eastern European countries. Ukraine has complained that it might lose gas transit revenue when the project is implemented. Both Moscow and Berlin have repeatedly stressed that the project is all about business and have assured Kiev that Russian gas transit through Ukraine will continue after the pipeline is built.

Earlier this month, Austrian Chancellor Sebastian Kurz said that the country is planning to continue buying Russian gas despite US pressure and fear-mongering from other European nations over dangers to the energy security of the EU.