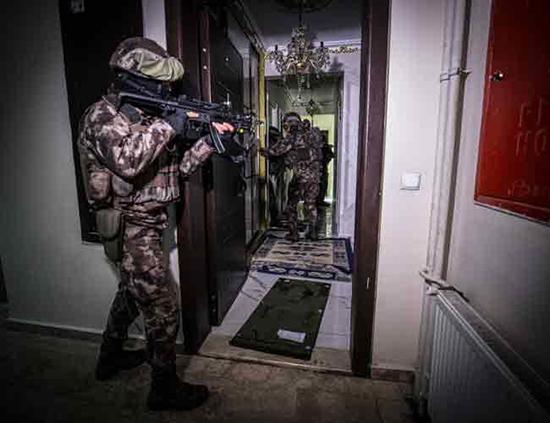 One of the detained militants was the most senior operative of the organization in Turkey, state-run Anadolu Agency quoted Soylu as saying during a meeting in Istanbul.

“We have completely overthrown the rural structure of DHKP-C in Turkey,” he said.

The police raid also captured militants named in the green and grey categories of the Interior Ministry’s “wanted terrorist list,” according to Soylu.

“Our fight against terrorism is on and will continue without slowing down,” he added.

The “wanted terrorists list” is divided into five color-coded categories, with red as the most wanted, followed by blue, green, orange and grey.

The DHKP-C assumed a number of bloody assaults in Turkey, including a 2013 attack on the U.S. Embassy in Ankara, in which a Turkish security guard was killed.

The group is listed as a terrorist organization by Turkey, the U.S., and the EU.