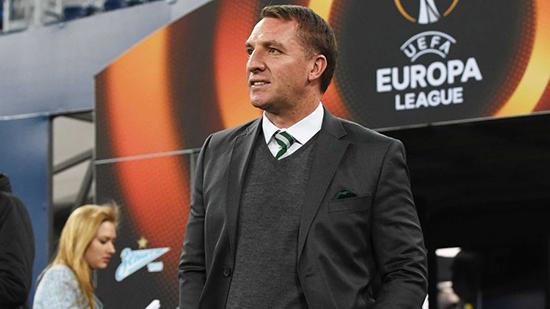 Brendan Rodgers has been appointed the new manager of Leicester, the Premier League club have announced.

The 46-year-old has signed a deal until June 2022 after compensation was agreed with Celtic.

Rodgers replaces Claude Puel after the Frenchman was sacked on Sunday with the 2016 champions 12th in the Premier League.

Rodgers, who was at the King Power Stadium to watch his new side’s Premier League match with Brighton on Tuesday night, said on the club website: “I’m very privileged and honoured to be here as Leicester City manager and I’ll give my life to make the supporters proud of their club.

“Together, we’ll be stronger and I’m looking forward to working with the players, staff and supporters to make the right steps forward.”

Leicester vice chairman Aiyawatt Srivaddhanaprabha said: “I’m absolutely delighted to bring a manager of Brendan’s calibre to Leicester City and I look forward to seeing what he, our talented, young squad and our dedicated, skilled team of staff can achieve together.

“As projects, including the development of our new training ground and the proposed expansion of King Power Stadium continue to take shape, and as a young squad of great potential begins to mature, Brendan and his colleagues arrive at an exciting time for Leicester City. We’re continuing to grow as a club and I am anticipating that Brendan’s coaching methods, knowledge and experience can enhance our journey.”

Rodgers, who will take charge of the Foxes for the first time when they face Watford on Sunday, with caretaker Mike Stowell in the dugout for the Brighton clash, ends his stay at Celtic after nearly three years having won seven trophies.

He won successive Scottish Premiership titles in 2017 and 2018 and also won the Scottish Cup twice and the Betfred Cup three times.

He leaves the Glasgow giants eight points clear of rivals Rangers at the top of the table.

His appointment at Leicester sees the Northern Irishman return to England for the first time since being sacked by Liverpool in 2015.

He guided the Reds to a second-placed in 2014, losing a five-point lead with three matches remaining to finish behind Manchester City.

Rodgers has also been in charge at Watford, Reading and Swansea, taking the Swans into the Premier League in 2011.

Puel was sacked after seven winless games, included being knocked out of the FA Cup by Newport, with club chiefs concerned about being dragged into a relegation battle.

The Frenchman was well respected by the hierarchy, but Srivaddhanaprabha acted over concerns with results and the atmosphere following Saturday’s 4-1 home defeat to Crystal Palace.