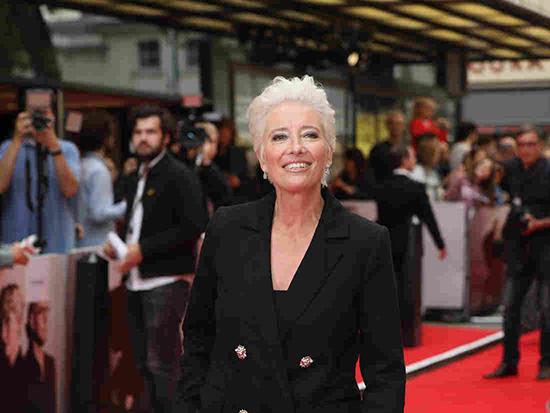 In her resignation letter from the film Luck, the actor questions whether any company should work with disgraced film executive John Lasseter

When the actor Emma Thompson left the forthcoming animated film Luck last month while it was still in production, it was done without public fanfare, and was only confirmed when film-industry publications such as Variety magazine picked up on it. Now Thompson has put herself firmly above the MeToo parapet with the publication publishing her incendiary letter of resignation addressed to the film’s backers, Skydance Media, one of Hollywood’s most prestigious studios.

It was known that Thompson was unhappy with the arrival in January of former head of Pixar John Lasseter as the new head of Skydance Animation. But the letter goes into extraordinary detail about her disquiet over the appointment of a studio executive whose downfall had been one of the key landmarks of the Me Too and Times Up campaigns.

The move was immediately hailed by activists. Melissa Silverstein, founder and publisher of the website Women and Hollywood tweeted: “This is more than an open letter — Thompson has issued a rallying cry. We hope others with power and privilege will join Thompson in speaking out about abuses of power and those who enable that toxic behavior.”

Lasseter had made his name by directing cutting-edge animated films for Pixar in the 1990s and 2000s, including Toy Story and Toy Story 2, A Bug’s Life and Cars and Cars 2. On the purchase of Pixar by Disney in 2006, Lasseter was appointed chief creative officer of both Pixar and Walt Disney Animation Studios, after which he supervised such films as Wall-E, Up, and Toy Story 3.

However, in the wake of accusations of sexual misconduct that rocked the film industry in 2017, when the New York Times and New Yorker first published its allegations against Harvey Weinstein, Lasseter took a six-month leave of absence after confessing to unspecified “missteps”. His permanent departure from Disney was announced in June 2018.

In her letter, Thompson raises questions about the ethical implications of working with Lasseter. Her implication is that Lasseter’s admitting to “inappropriate hugging” and “other missteps” was insufficient, and that it would be reasonable for women who now work with him to question whether he would act appropriately because he realised the error of his ways or because it was politic to do so.

Thompson concludes by expressing regret about quitting the production, but determining the alternative would be irresponsible for someone in her position.

“I am well aware that centuries of entitlement to women’s bodies whether they like it or not is not going to change overnight. Or in a year,” she writes. “But I am also aware that if people who have spoken out – like me – do not take this sort of a stand then things are very unlikely to change at anything like the pace required to protect my daughter’s generation.”

When Skydance announced it had hired Lasseter there was an immediate backlash against the company, which is owned by David Ellison, son of billionaire Larry Ellison and brother of Megan Ellison, who is also a high profile film producer. The Time’s Up campaign said in a statement that the appointment “endorses and perpetuates a broken system that allows powerful men to act without consequence”, while the decision was defended by Ellison in a memo, saying: “We are certain that John has learned valuable lessons and is ready to prove his capabilities as a leader and a colleague.”

Skydance also took the extraordinary step of organising a “town hall” in January, where employees were able to question Lasseter over his record. In her letter, Thompson addressed this point, writing: “Much has been said about giving John Lasseter a “second chance”. But he is presumably being paid millions of dollars to receive that second chance. How much money are the employees at Skydance being paid to GIVE him that second chance?”

In the past Thompson has been a vocal supporter of MeToo, telling the Guardian in 2018 that “#MeToo has been a wonderful moment of clarity”. “When I was a young woman, older men in the industry would constantly try it on. I was always able to say no, and they took that for an answer. What younger women have to encounter terrifies me.”

The Guardian has contacted Skydance, which declined to comment.

The full text of Thompson’s letter is below.

As you know, I have pulled out of the production of Luck – to be directed by the very wonderful Alessandro Carloni. It feels very odd to me that you and your company would consider hiring someone with Mr Lasseter’s pattern of misconduct given the present climate in which people with the kind of power that you have can reasonably be expected to step up to the plate.

I realise that the situation – involving as it does many human beings – is complicated. However these are the questions I would like to ask:

I hope these queries make the level of my discomfort understandable. I regret having to step away because I love Alessandro so much and think he is an incredibly creative director. But I can only do what feels right during these difficult times of transition and collective consciousness raising.

I am well aware that centuries of entitlement to women’s bodies whether they like it or not is not going to change overnight. Or in a year. But I am also aware that if people who have spoken out – like me – do not take this sort of a stand then things are very unlikely to change at anything like the pace required to protect my daughter’s generation.

Britney Spears: documentaries about my life are ‘so hypocritical’