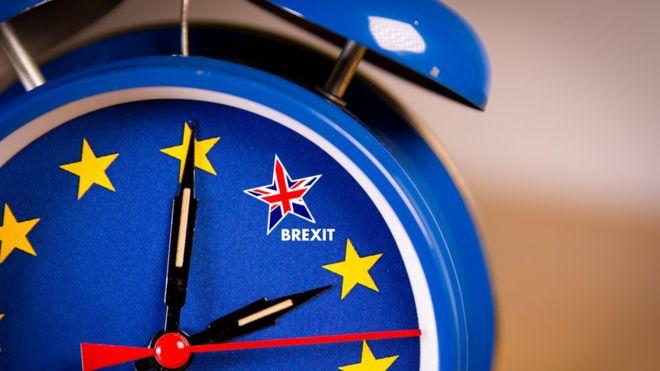 The government has issued a bleak warning over a no-deal Brexit, estimating the UK economy could be 9% weaker in the long run, businesses in Northern Ireland might go bust and food prices will increase.

In an official document only published after repeated demands by the former Conservative MP Anna Soubry, the government also revealed it was behind on contingency planning for a third of “critical projects” in relation to business and trade.

The document was published just hours after Theresa May was forced to promise two key votes, allowing MPs the option to reject no deal and to potentially delay Brexit for a short period, following pressure from remain-minded cabinet ministers.

The prime minister set out a timetable that includes a vote on her Brexit deal by 12 March; if that fails, a vote the following day to support no deal, and if that also fails, a vote on 14 March on extending article 50.

The delay is likely to further agitate the Tory party’s Eurosceptics, with Brexiter ministers including Andrea Leadsom and Liz Truss expressing their frustration over the issue in cabinet on Tuesday morning.

Speaking in the House of Commons on Tuesday, May did not specify the length of any delay, saying only that she would prefer it to be the shortest possible. An extension beyond the end of June would involve the UK taking part in the European parliament elections.

Cabinet ministers are keen for May to use any delay to try to force a cross-party consensus.

The no-deal notice said customs checks alone could cost businesses £13bn a year and that it was impossible to predict the impact of new tariffs. It said this was partly because the government’s communications to businesses and individuals about the need to prepare for no deal had not been effective.

It said small- to medium-sized businesses were not making basic preparations despite government advice to do so. Only 40,000 of 240,000 businesses that had no experience of customs or tariffs had registered for an economic operator registration and identification number.

The government said that while it might wave hauliers through British ports, “they would be stopped if taking goods into France without the right paperwork”. This amounts to the most robust rebuttal yet of Brexiter claims that there would be no delays because the British would be taking a loose approach to checks and controls.

Evidence suggested the public had not been heeding no-deal warnings either, with no “noticeable behaviour change” witnessed on a “significant scale” over the need to renew passports, and get international driving permits and green cards for insurance for driving in the EU, it said.

The EU, which would treat the UK as a third country in the event of no deal, could impose tariffs of 70% on beef exports, 45% on lamb and 10% on cars, it said.

“This would be compounded by the challenges of even modest reductions in flow at the border.”

The impact on the economy would vary across the UK, with Wales and Scotland’s economies estimated to be about 8% smaller under a no deal scenario over the next 15 years, when compared to today’s arrangements. In the Northern Ireland, the economy would be 9% smaller and in the north-east of England 10.5% smaller.

It added: “Overall, the cumulative impact from a no-deal scenario is expected to be more severe in Northern Ireland than in Great Britain, and to last for longer.”

This was because of expected disruption in the “closely interwoven supply chains and increasing costs that would affect the viability of many businesses across Northern Ireland. There is a risk that businesses in Northern Ireland will not have sufficient time to prepare. This could result in business failure.”

Scottish fishing would be badly hit as would Welsh sheep farming, with 92% of its lamb being exported to the EU, confirming the sector’s previous warnings that it could be “wiped out” by no deal.

The notice said the impact on the food and drink sector would be most pronounced in Wales, Scotland and particularly Northern Ireland, where the sector comprises 5.07% of the economy, compared to 1.38% for England.

It said fewer than one in 10 items would be affected by delays on the channel crossings but, because of the timing of a potential no-deal Brexit, supplies of fresh fruit and vegetables could be hit hardest.

“In the absence of other action from government, some food prices are likely to increase, and there is a risk that consumer behaviour could exacerbate, or create, shortages in this scenario,” it said.

The government revealed there were significant delays to critical projects being undertaken in preparation for no deal.

The document confirmed that the Treasury had made more than £4bn available for no-deal planning, £2bn of which was allocated in December to support preparations for the 2019-20 financial year.