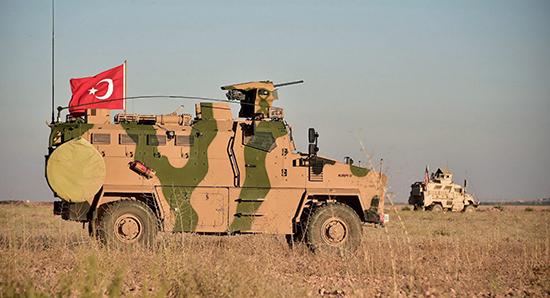 ANKARA (Sputnik) – Turkey cannot trust anybody to control the planned buffer zone in northern Syria because the region may pose a threat to the country’s national security, Turkish President Recep Tayyip Erdogan said.

“We cannot entrust the control over the zone, from where a threat may be posed to us, to others. We will be the ones to do it”, Erdogan told the NTV television channel. According to the Turkish leader, Syrians hope that Ankara would help them resolve the situation in the north of the country.

“Syrians have so much trust in Turkey that local tribes are urging us to take measures in [the northern Syrian city] of Manbij”, Edogan said.

The plans to create a 30-kilometer (19-mile) buffer zone in the north of Syria was announced by the Turkish leader in January after his phone conversation with US President Donald Trump. Ankara insists that the future security zone must be controlled by the Turkish military.

Ankara claims that Kurdish militia operating in the north of Syria pose a threat to Turkey’s security. In January 2018, Turkey launched a military operation in the northwestern Syrian city of Afrin against the US-backed Kurdish People’s Protection Units (YPG), which is regarded by Turkey as an affiliate of the Kurdistan Workers’ Party, listed as a terrorist organization by Ankara.

Last December, Erdogan announced that Ankara was ready to launch another offensive against the Kurdish militia, in then Kurdish-controlled Manbij, however, the Turkish leader later said that the operation had been postponed following his phone conversation with Trump, who announced the withdrawal of US troops from Syria after the call.

Damascus categorically opposes the presence of either the Turkish or US military on Syrian territories to the east of the Euphrates River.