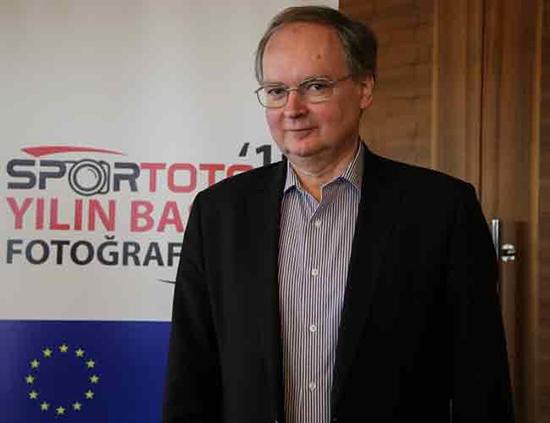 The EU will maintain its cooperation with Turkey in tackling both the regional and global migration issues, said the bloc’s ambassador to Ankara on Feb. 26.

“We will continue working with Turkey on dealing the migration not only very specific to Syria issue, on the global issues as well,” Christian Berger told Anadolu Agency during his visit to the Mediterranean resort city of Antalya.

“We fully appreciate the role Turkey is playing on migration and on receiving refugees particularly from Syria,” Berger said.

He added Turkey shows “a lot of generosity” by opening its borders to people who are fleeing the war-torn home country.

Berger underscored that it is key to address the reasons pushing people to migration “to take away the need for people leave their countries”.

On the interregional conference in Istanbul on migration policy last week, the EU official said the main message of the bloc was the burden-sharing.

“No country can carry the burden of migration on his own,” he said.

Turkey hosts more than 3.5 million Syrian refugees, more than any other country in the world, who fled civil war in their country since 2011.

Turkey and the EU signed a refugee deal in March 2016, which aimed to discourage irregular migration through the Aegean Sea by taking stricter measures against human traffickers and improving the conditions of more than three million Syrians living in Turkey.

The migration flow has decreased by 97 percent following the signing of the deal.