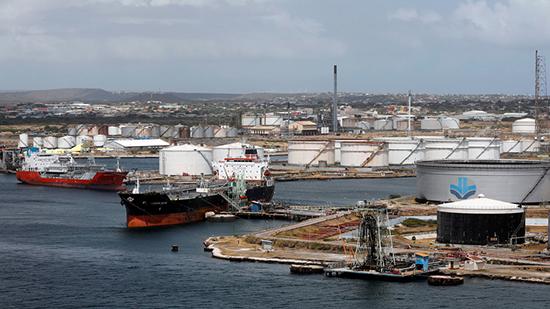 Tankers loaded with 8.36 million barrels of crude are reportedly floating off the Venezuelan coast as the sanction-hit country struggles to find buyers for its oil.

The crude is worth upwards of half-a-billion dollars, according to shipping reports and ship-tracking data compiled by Bloomberg. An armada of 16 ships holds cargoes belonging to state oil company Petroleos de Venezuela SA (PDVSA), Chevron, Valero Energy and Rosneft Oil.

Sources told Bloomberg that oil ventures owned by PDVSA with Rosneft, Chevron, Total SA and Equinor ASA, whose upgraders convert tar-like Venezuelan crude into oil that refineries can process, reduced rates this week because they ran out of space to store crude. PDVSA had to put some of that oil onto tankers to clear space and continue to operate at lower rates.

Shipments to the United States, once Venezuela’s largest customer, have dried up, so that the South American nation had to turn its focus to other consumers, including China and India. Imports of Venezuela’s oil by India surged 66 percent in the first half of February to 620,000 barrels a day.

A person with knowledge of the situation said the PDVSA-Rosneft joint-venture, Petromonagas upgrader, isn’t processing oil after running out of space to store their production.

PDVSA-Chevron’s Petropiar venture has reduced output for the same reason, according to sources. They also said that Petrocedeno, a PDVSA-Total-Equinor venture, is running out of oil to process as a ban on sales of heavy naphtha to PDVSA has made it difficult to ship the heavy oil through pipelines from inland fields to the upgrader.

Venezuelan daily crude exports plunged to 1.12 million barrels in the first half of February, down 9.2 percent compared with the same period in January. According to Refinitiv Eikon data, the nation which is sitting on the world’s largest crude oil resources, was exporting about 1.4 million bpd in the months before sanctions.

On January 28, US President Donald Trump ratcheted up sanctions which were designed to undercut financial support for the Venezuelan government and President Nicolas Maduro.