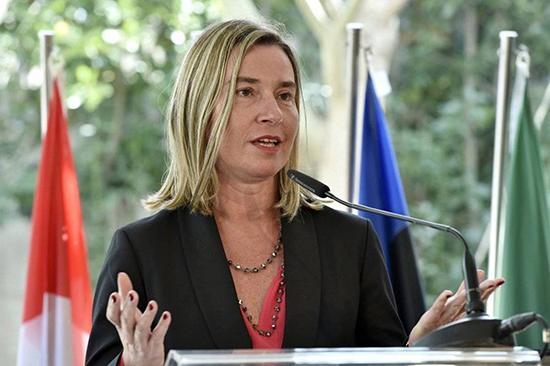 Lebanon is home to some 1 million Syrian refugees, a quarter of the country’s population. An estimated 70 percent of them live in poverty.

BEIRUT: Lebanon’s president has told EU Foreign Policy Chief Frederica Mogherini that Beirut will continue to work for the return of Syrian refugees to safe areas in their war-torn country without waiting for a political solution.

President Michel Aoun added that Lebanon will try to ensure that Syrian returnees are not in danger.

Syria’s nearly eight-year conflict has led to the displacement of half the country’s population and created more than 5 million refugees, who fled mostly to neighboring Lebanon, Jordan and Turkey.

Lebanon is home to some 1 million Syrian refugees, a quarter of the country’s population. An estimated 70 percent of them live in poverty.

The EU had stated in the past that the return of refugees in large numbers should take place after the war in the neighboring country comes to an end.

Aoun and his allies in Lebanon, including the powerful Hezbollah group, support having contacts with the Syrian government saying it would help facilitate the return of refugees. On the contrary, politicians from the Western-backed coalition, led by Prime Minister Saad Hariri, refuse such contacts with Damascus before a solution is reached for the conflict that has killed more than 400,000.