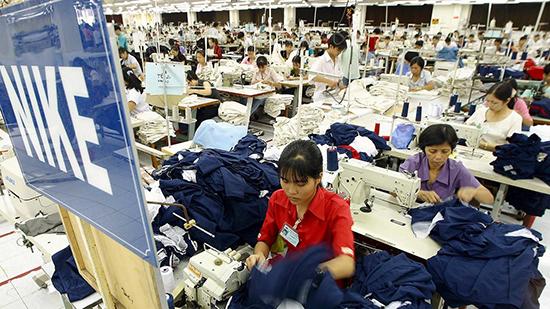 Russia  Today
A new Nike ad which busts stereotypes about women in sport is receiving wide praise in the media for “empowering” girls to be the best they can be — but the adoring coverage of the sports giant is missing something crucial.

The ‘Dream Crazier’ commercial, narrated by US tennis star Serena Williams, features multiple inspiring female athletes in the heat of competition and encourages girls to “Just do it” and chase their sporting dreams. “A woman running a marathon was crazy, a woman boxing was crazy, a woman dunking? Crazy. Coaching an NBA team…crazy,” Williams’ voiceover says.

The ad also features South African athletes Caster Semenya, who took legal proceedings against the International Association of Athletics Federations (IAAF), which ruled to reduce blood testosterone limits for female athletes. Semenya, whose own testosterone levels exceeded the outlined limit, argued that the regulations were discriminatory and unfair, in a fight which has divided opinion online.

While reaction to the ad has been mostly positive, some have been pointing out some major double standards — most notably, Nike’s treatment of women in its factories across the world.

A report released by the Workers Rights Consortium (WRC) in 2016 about a Vietnamese Nike factory employing 8,500 people, found that the vast majority of workers are young women who suffer numerous rights violations. The women at the Hansae factory had to endure wage theft, verbal abuse and suffered hours of labor in temperatures way over the legal limit of 90 Fahrenheit degrees, the report said.

A 2017 investigation found that women workers in Cambodian factories supplying to Nike, Puma and other major sports brands regularly fainted due to their abhorrent working conditions.

Some on Twitter sarcastically wondered whether it was the likes of Williams or Nike factory workers who really had tough lives and struggles to overcome, while others suggested that a genuinely “crazy” dream would be for Nike to pay its women workers a decent living wage.

Nike was also accused of cutting jobs at the Hansae factory and ending production at a factory in Honduras that had a strong union presence, leading hundreds of female workers to lose the jobs they were desperately relying on.

Nike has faced similar accusations over the treatment of its workers for decades. In 2013, a massive brawl broke out at Nike’s factory in Cambodia after the factory refused to raise monthly salaries by $12.