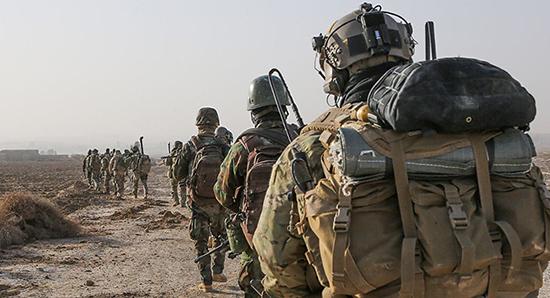 Russia and Syria urge the United States to implement its decision to disengage from the Middle East state, a joint statement issued by the Russian and Syrian general staffs said.

“We urge the United States, whose military units are illegally located in Syria, to leave the country,” the statement said.

Syria will start forming convoys in cooperation with Russia to bring Rukban refugees to the places of their permanent residence on March 1, the statement said.

“Guided by the highest human principles, the Syrian government, in coordination with the Russian side, will form humanitarian convoys for the voluntary unimpeded return of Rukban residents to their permanent residence starting March 1, 2019,” the statement said, adding that the entry of the convoy into the “US-occupied zone around At Tanf for the evacuation of refugees from the Rukban camp will be carried out in coordination with the UN.”

According to the statement, about 95 percent of the Rukban refugees want to leave the camp, but the United States “prevents their exit, misleads the refugees by saying that it is impossible to leave the camp and disseminating rumors that they will face devastation, forced conscription and arrests on the territory controlled by the Syrian government.”

Meanwhile, everything is ready to receive refugees in the places of their permanent residence, the statement said.

US President Donald Trump announced the US troops pull-out from Syria in December 2018, promising to bring around 3,000 American soldiers home. The reason for the move, according to him, was the defeat of the Daesh* terrorist group in the Arab Republic.