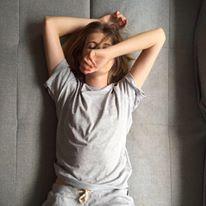 My earliest memory is of my three-year-old self being exchanged between my parents at the front door.

After being placed in Mum’s arms, I realised being with Mum would mean leaving Dad. I dramatically flung myself back onto Dad’s shoulders like Kate Winslet forcefully climbing her way back onto the Titanic from the descending lifeboat. It was a tough decision for a toddler, despite the fact my parents had already made the choice for me: it was Mum’s night with the kids.

I am part of the one in five Australian children who will experience their parents separating before the age of 18.

While wailing for my departing Dad is, of course, not a particularly happy memory, it exists amongst many emotional highs and few lows which paint a picture of my family life growing up in two households.

Families consisting of separated parents have often been referred to as “broken” for hundreds of years. Even today, the federal government’s official term for a family with coupled parents and at least one child is “intact” and the nuclear model is still very much how we define families in contemporary Australia.

Despite its decline, the nuclear family continues to be promoted in advertising, and advocated for in politics. It also became the centre of the marriage equality debate.

Raising children outside of a romantically involved couple is seemingly so unconventional, it deserves its own sympathetic storyline on TV ratings giants like Married at First Sight.

The ABC have promoted their new drama The Heights, about a “blended” family, with the hook, “sometimes things just work better when they’re broken”.

Although the tagline makes an effort to put a positive spin on a term which has historically inflicted prejudice, children of separated parents are definitely not looking to reclaim the term “broken families”.

Sophie, second from the right, with her dad, right, and siblings 19 years ago.

The label not only characterises a personal situation beyond our control, but it has always intended to be insulting. Consider a broken item, heartbreak, financially broke; it doesn’t take a genius to conclude just what kind of family it is, if it is broken.

What is more, like a smashed glass — a momental misfortune on which you wish you could hit rewind — the ongoing rhetoric of growing up “broken” sends the message that a parents’ separation somehow changes the course of their child’s life onto a less appealing path.

Believing that a happier childhood, in which my parents stayed together, is in some other out-of-reach dimension would be to draw conclusions like that my life would be better off if my beloved brother and sister — children of my father’s second marriage — didn’t exist. More broadly, it would be admitting that my own existence is some kind of less desirable Sliding Doors outcome.

In my experience, I adapted to, and subsequently enjoyed, growing up in my “unconventional” (but actually very common) family dynamic. Not because seeing its value was making the best of a bad situation, but because it was my daily life by its own nature.

From the childhood joy of decorating two trees at Christmas time, to the teen angst of having two bedrooms to recluse in (and double the wall space for my Spice Girls posters); if my family was broken, many times the pieces could be used as celebratory confetti.

While the visual of being sprawled across my parents aged three may envoke a sense of separation — with Mum holding my writhing legs and Dad catching my clutching arms, as I fell into a crevasse between two parting parties — I believe defines my family for the opposite reason: for a family composition often perceived as dysfunctional, ironically, only the very functional can move between, and live across, two households.

I stayed with Mum that night, as planned. Only the intact can jointly carry through with decisions against a wailing toddler.

Sophie Verass is a Sydney-based writer and the digital editor of SBS’s NITV.