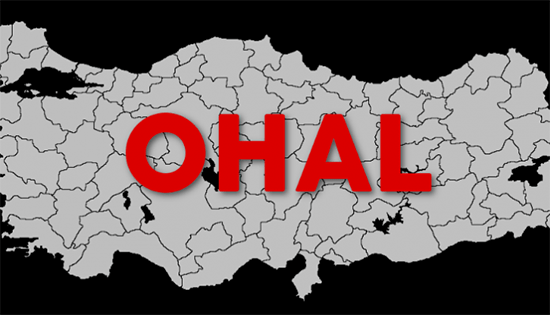 Ömer Faruk Arsoy, a computer technician who used to work at a state hospital in the southern Turkish province of Mersin but was removed from his job by a government decree in September 2016, has been reinstated to his position three months after his death, the Cumhuriyet daily reported on Tuesday.

Arsoy was one of the thousands of civil servants who were removed from their posts by a government decree issued on Sept. 1, 2016 thanks to a state of emergency (OHAL) declared by the Turkish government in the aftermath of a failed coup attempt on July 15, 2016.

The Turkish government, which holds the Gülen movement responsible for the abortive putsch, launched a massive crackdown on its alleged and real followers following the coup.

The medical condition of Arsoy, who was diagnosed with skin cancer after he was fired from his job, deteriorated rapidly due to psychological and financial problems he experienced.

Although he died three months ago, Turkey’s Health Ministry reinstated him to his job on Feb. 21.

Ömer Faruk Gergerlioğlu, a deputy from the Kurdish Peoples’ Democratic Party (HDP) and a human rights activist, criticized the government for doing an injustice to Arsoy.

“You made him suffer, you labeled him a terrorist, you removed him from his job and he died at a young age. Now you are reinstating him to his job. Don’t you feel any pain in your heart?” Gergerlioğlu asked from his Twitter account.

He also posted a copy of the letter sent by the Health Ministry reinstating Arsoy to his job.

More than 150,000 people were removed from state jobs while in excess of 50,000 others were jailed, and some 600,000 people have been investigated on allegations of terrorism since the coup attempt in Turkey due to their alleged links to the Gülen movement, which strongly denies any involvement in the failed putsch.

In a similar development in February 2018, a Turkish teacher, Gökhan Açıkkollu, who was tortured to death while in police custody in the wake of the coup attempt over alleged membership in the Gülen movement, was found innocent one-and-a-half years later and “reinstated” to his job.

The official document for Açıkkollu’s reinstatement was delivered by the principal of his former school to Açıkkollu’s wife, who had also been dismissed from her job as a teacher by a government decree.

In another incident, Mustafa Nacaroğlu, an accountant who was also fired from his job by a government decree due to his alleged links to the Gülen movement, was reinstated to his job one year after he died in a traffic accident in January 2018.