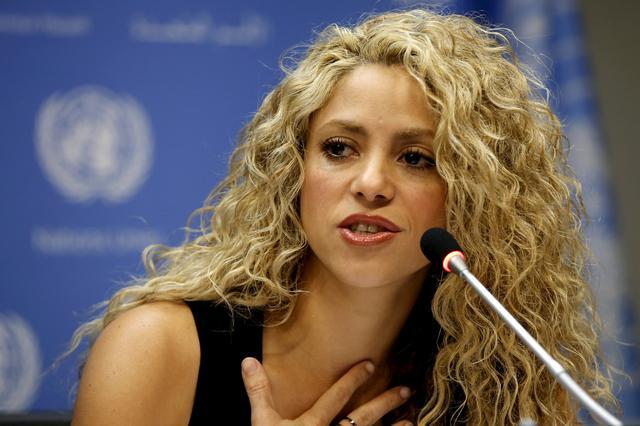 MADRID (Reuters) – Colombian singer Shakira has been called to appear in a Spanish court on June 12 to face accusations of failing to pay 14.5 million euros ($16.5 million) in tax, the court in the Catalonia region said on Tuesday.

A court statement dated Jan. 22 summoning her was published on Tuesday.

Prosecutors filed charges in December claiming Shakira had failed to pay tax on income earned between 2012 and 2014, during which time they say she lived in the region.

Shakira’s representatives said in a statement after the accusation was filed that the singer did not live in Spain until 2015 and had met all of her tax obligations.

The singer of “Hips Don’t Lie” and “Clandestino” regularly attends football matches of her partner, Gerard Pique, who plays for Barcelona. Pique and Shakira, a couple since the start of the decade, have two children.

Spanish authorities have pursued other major celebrities over tax.

Pique’s Argentinian Barcelona teammate Lionel Messi was found guilty, along with his father, of a 4.1 million euro tax fraud in 2016 and was fined 250,000 euros as well as paying back the missing tax plus interest.

On Jan. 22, Portuguese international Cristiano Ronaldo, who left Real Madrid for Juventus this year, was fined a total of almost 19 million euros for tax fraud.