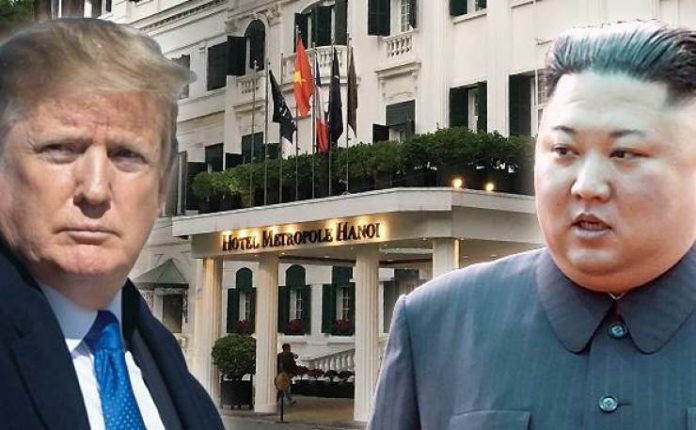 The leaders’ first get-together Wednesday will be a “brief one-on-one” meeting at the Sofitel Legend Metropole Hanoi, starting at 6:30 p.m. (local time) ― 8:30 p.m. (Korea time). Trump is scheduled to leave his hotel, the JW Marriott, at 5:55 p.m. for the meeting.

The first 10 minutes will be an ice-breaking session. The two will then discuss the main agenda until 7 p.m., according to the White House.

Trump and Kim will then move to an undisclosed restaurant for a “social dinner” with Secretary of State Mike Pompeo and acting chief of staff Mick Mulvaney from the U.S. side and Kim Yong-chol, vice chairman of North Korea’s ruling Workers’ Party, and an unannounced “third associate” from the North. Chances are high that Kim’s influential sister, Yo-jong, will be present.

The White House did not name the restaurant.

The dinner is planned to last 90 minutes.

The leaders’ day 2 schedules have not yet been announced.