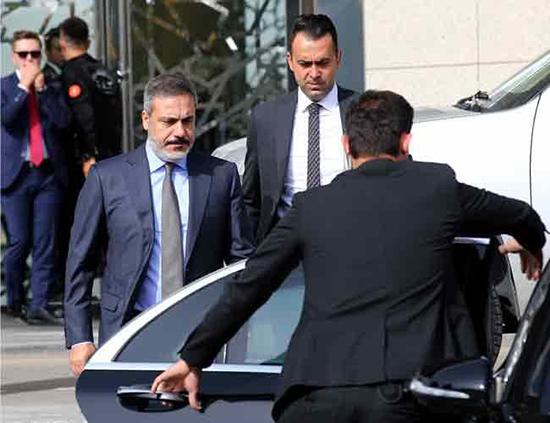 Turkey’s National Intelligence Organization (MİT) held 6,000 operations based on tips given regarding FETÖ, PKK, YPG and ISIL through its website in 2018, state-run Anadolu Agency reported on Feb. 26.

Citizens have clicked on MİT’s website over a million times in 2018 to give tipoffs, receive information and look for career opportunities within the organization, the agency said.

Some 3,262 inquiries were made to the organization, with citizens asking questions such as “How are working conditions at MİT?”, “Would you recruit me?” and “Are you conducting an investigation into me?”

When the applications and tips were assessed by the intelligence service, special works regarding outlawed organizations commenced.

As a result, members of FETÖ and YPG were detected and legal procedures concerning them were commenced while structures of the PKK and ISIL within Turkey and overseas received great blows.

The agency said that the number of tips received in 2018 by MİT decreased drastically compared to the previous year. But the reason for this was said to have stemmed from the recent weakening of outlawed organizations due to a stream of what it called successful operations.

Turkey deems the YPG, backed by the U.S. against ISIL in Syria, as an offshoot of the PKK.

The PKK is listed as a terrorist organization by Turkey, the U.S. and the EU.

FETÖ and its U.S.-based leader Fethullah Gülen are widely believed to have orchestrated the defeated coup of July 15, 2016, which left 251 people killed and nearly 2,200 injured.