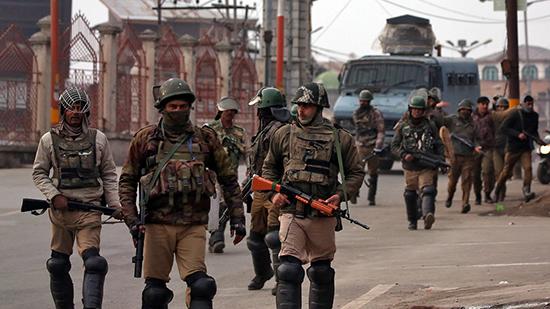 Russia Today
In order to divert Beijing’s attention from the Pacific, Washington would like China entangled in the Indo-Pakistani confrontation, one analyst tells RT. The row between bitter rivals escalated after Indian jets bombed Pakistan.

“The US is interested to have China get involved in a maximum number of conflicts,” Aleksey Kupriyanov, a researcher at the Moscow-based Institute of World Economy and International Relations, told RT.

It will divert Beijing from building up its forces in the Pacific Ocean. Any conflict would slow down Chinese economic growth, which would mean less danger for the US’ hegemony in the Pacific.

Tensions between India and Pakistan flared up dramatically on Tuesday, after New Delhi sent a dozen of fighter jets to strike what it said were terrorist camps on Pakistani soil. The officials in Islamabad said that the raid failed to produce any damage on the ground and vowed“an appropriate response” to “misadventures” on the border with India.

Beijing responded by urging its neighbors to show restraint and do more to improve bilateral relations. China seeks good ties with both parties and is therefore not in a position to pick sides, Kupriyanov explained.

“China wouldn’t want to cut ties with its old ally Pakistan,” he said. “At the same time, it wouldn’t be interested in any confrontation with India who the Chinese see as an important trade partner.”

Beijing doesn’t want to push India into the arms of the US who wishes to turn the nation into a bulwark against China.

This motivates China to assist the sides in reaching a peaceful solution to the conflict, he said.

Washington has attempted to court India since 2016, signing multiple military cooperation deals and renaming its Pacific Command to “Indo-Pacific” in 2018.

‘Alone’ Among Allies? Why Putin Shunned The West In Victory Day Speech

NATO Prepares Azerbaijan’s Army for Its Next War