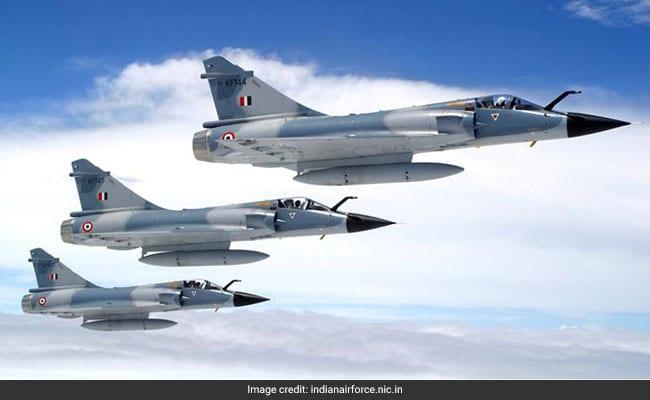 Who can be a true friend of Pakistan and its people – India or the various terror organisations that target our country from our neighbour’s soil?

The strike, it must be remembered, was in response to an evil act of terror by a suicide bomber at Pulwama in the Indian side of Kashmir in which 40 CRPF jawans were martyred. Jaish-e-Mohammed, a well-known terrorist organisation operating from Pakistani soil, claimed responsibility for the attack.

True, Pakistanis have many reasons, some of them justified, which prevent them from regarding our country as a friend. The foremost among them is the unresolved dispute over Kashmir. But irrespective of the justification for their grievance against, and criticism of, India, can any sane Pakistani say that Jaish-e-Mohammed and other such terrorist groups, which are allowed to function freely from their territory, are safeguarding or promoting their country’s interests? Indeed, the opposite is true. Nothing has held back Pakistan’s progress, nothing has besmirched Pakistan’s image globally, and nothing has stunted healthy development of its democratic system as the criminal deeds of these extremist and terrorist groups.

One must also add: nothing has marred India-Pakistan relations more than the diabolical activities of these groups.

All peace-lovers around the world fervently hope and pray that the Pulwama attack, and the Indian response to it, do not escalate into a war – limited or full-scale. They pray even more for the world to be spared the nightmare of a nuclear confrontation between the two South Asian neighbours. The need of the hour is for the international community, with the United Nations taking the lead, to intervene immediately and bring the two countries to the path of dialogue. Whether this will happen soon, or what chain of dreadful events might happen before talks happen, is unpredictable.

There is a lot of ‘josh’ in India after the IAF action, which our government has untenably called “non-military” action. But this should not be a moment of triumphalism for us. Similarly, it should not be a moment for Pakistanis to consider “retaliatory” action. Instead, this is a time for honest introspection for both Pakistan and India. How did we come to this perilous point? Why are we today standing at the abyss of a likely fifth war since 1947 when we both became independent? The four previous wars – in 1947-48, 1965, 1971 and 1999 – failed to yield a lasting solution to the Kashmir dispute. And now the same dispute has precipitated a situation that could, unless handled with mutual restraint and maturity, spiral into an unprecedented conflagration. Neither Mahatma Gandhi, Father of the Indian Nation (who had audaciously said just a few days before his assassination that “both India and Pakistan are my country”), nor Mohammed Ali Jinnah, Father of the Pakistani Nation (who wanted India-Pakistan relations to be as cordial as the relations between USA and Canada), had envisioned our bilateral ties to become so irredeemably bellicose.

As far as Pakistan is considered, the need for introspection and corrective action is loud and clear. Whatever merit it may have had in its claim over Kashmir, it has sullied and weakened it by sheltering – even aiding and abetting – terrorist groups periodically attacking India. After its defeat in the 1971 war, which accompanied the break-up of Pakistan and liberation of Bangladesh, the rulers in Islamabad chose terrorism as an instrument of state policy to dismember India. But their ploy to create Khalistan failed, even though it traumatised Punjab for over a decade – and led to the assassination of Prime Minister Indira Gandhi.

The campaign of terrorism in Kashmir, supported by an extensive infrastructure for indoctrination and training, has continued for a much longer time. During the same period, Pakistan-based or Pakistan-supported terrorists have also created mayhem in other parts of India, as was most menacingly demonstrated by the terror attacks in Mumbai in 2008.

Whenever India has furnished evidence to prove Pakistan’s complicity, its rulers have frequently resorted to denials and obfuscation. However, so copious and compelling has the evidence been that many Pakistani intellectuals and public figures have accepted the truth, either overtly or covertly. The acceptance became explicit, and official, in January 2004 when our former Prime Minister Atal Bihari Vajpayee met Pakistan’s then President Pervez Musharraf in Islamabad on the sidelines of the SAARC Summit. The joint statement issued after their meeting included a categorical commitment by Pakistan. It said:

“Prime Minister (Atal Behari) Vajpayee said that in order to take forward and sustain the dialogue process, violence, hostility and terrorism must be prevented. President (Pervez) Musharraf reassured Prime Minister Vajpayee that he will not permit any territory under Pakistan’s control to be used to support terrorism in any manner.” (Emphasis added.)

This is the solemn assurance by Pakistan which India’s Foreign Secretary Vijay Gokhale referred to in his statement today, following a meeting of the Cabinet Committee on Security following the IAF action.

But didn’t Prime Minister Imran Khan himself make an indirect admission of anti-India terrorist groups operating in Pakistan? After laying the foundation stone for the Kartarpur Sahib Corridor in November 2018 – it remains one of the most hope-giving developments in India-Pakistan relations in these troubled times – Khan said, “It is not in Pakistan’s interest to allow terrorist groups to use its territory and plan attacks outside Pakistan.”

On the same occasion, Khan also emphasised that there was “unanimity within Pakistan’s civilian and military leadership for better ties with India.” There is no reason to doubt his sincerity, nor his (and Chief of Army Staff General Javed Qamar Bajwa’s) desire for peace with India. True, neither Imran Khan nor COAS Bajwa may be personally involved in the Pulwama attack. But this does not absolve Pakistan’s civilian-military authorities of their guilt in not reigning in Jaish, LeT and other anti-India terror outfits functioning from their country’s hospitable soil. As Imran Khan rightly pointed out in his first (albeit delayed) response to the Pulwama attack, Pakistan itself has paid a very heavy price (“70,000 fatalities”) in its own war against homegrown terrorism. But the terrorists that Pakistan’s army killed were “bad terrorists”, insofar as they challenged the Pakistani state and killed Pakistani soldiers and civilians. When it comes to “good terrorists”, those who kill Indian soldiers and civilians, Pakistan’s civ-mil establishment has been unwilling, rather than being unable, to confront and neutralise them. The fundamental problem with Pakistan – not so much with its people as with its civil-military ruling establishment – is that it has adopted a morally abhorrent policy to bleed India using so-called non-state actors. This policy is doomed to fail. Which self-respecting nation can sit quiet in the face of repeated terror attacks?

Therefore, the horror of Pulwama has brought a moment of reckoning for Pakistan. Had it acted immediately against Jaish and its leader, Masood Azhar, India would not have any rationale to conduct what has been called “Surgical Strike 2.0”. As a genuine well-wisher of Pakistan, it really baffles me: “What is more important for you? Friendship and good-neighbourliness with India or criminals who masquerade as fighters for Kashmir’s freedom? You still have time to act against JeM and bring the current crisis to an end.”

Having said this, it is equally necessary to stress that Pulwama also calls for honest introspection by the people, political establishment and the government of India. Let us not be so dishonest as to blame only Pakistan for the unending strife in Kashmir, nor so blind and heartless as to not see and feel the suffering of our Kashmiri brethren. Only jingoists can deny that most Kashmiris in the Valley are deeply alienated from India. After all, the young man who chose to become a suicide bomber in Pulwama was an Indian Kashmiri, even though he may have been radicalised and supported by Jaish-e-Mohammed operatives from across the border.

It’s high time we Indians admitted that the alienation of Kashmiris has mostly to do with the atrocities and human rights violations committed by Indian authorities in trying to deal with the Kashmir situation in a heavy-handed manner using security forces. This alienation also has to do with New Delhi’s inability, rather unwillingness, to find a political solution to the Kashmir issue, which necessarily calls for dialogue and negotiated settlement with Pakistan.

At a time when Prime Minister Narendra Modi is being hailed for “teaching Pakistan a befitting lesson”, it is necessary to ask an uncomfortable question. Modi had given the following assurance to the people of Kashmir, in his Independence Day speech in 2017 – “Na goli se, na gaali se, Kashmir ki samasya suljhegi gale lagaane se (Kashmir’s problem can be solved only by embracing the people of Kashmir, and not with bullets or abuses)”. What happened to this assurance, which had been welcomed by all sections of Kashmiri society and polity? Far from replacing goli and gaali with boli (talks), Modi’s own supporters and TV channels acting as their loudspeakers made it their mission to call all Kashmiris gaddars (traitors) and anti-nationals. No wonder innocent Kashmiris living in other parts of India were abused and hounded in the aftermath of Pulwama. The Governor of Meghalaya, a BJP functionary who now occupies a constitutional office, went to the extent of calling for a boycott of Kashmiris and everything produced by them. Neither the President nor the Prime Minister has so far said anything to reprimand him.

How can all this instil confidence among our Kashmiri sisters and brothers that New Delhi really cares for them? How can it make them believe that India is genuinely interested in finding a just, amicable and lasting solution to the Kashmir issue? If Pulwama and its aftermath have any lesson for Pakistan, India and Kashmiri insurgents, it is this. The solution to the common problems the three entities face lies in just three words – Boli, Not Goli.

(The writer was an aide to India’s former Prime Minister Atal Bihari Vajpayee.)