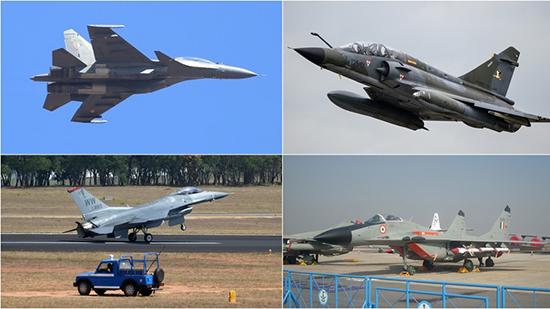 The downing of Indian and Pakistani planes has prompted the world to brace for a potential further escalation of an air conflict between the two arch-rivals. A military analyst elaborates on what options they have.

India has recently said it shot down a Pakistani plane while losing its own MiG in action. The Indian MiG-21 appears to be a pretty old aircraft while the Pakistani one, although not officially identified, is considered to be F-16 – one of the world’s most numerous fixed-wing aircraft in current military service.

RT has asked a retired colonel and a military analyst, Mikhail Khodarenok, what else the two old foes might have up their sleeves in case of a full-scale aerial combat.

In any potential air battle, India has to mostly rely on the Soviet Mig-29, which was developed in the late 1970s to counter US fighter jets such as F-15 and F-16, Khodarenok said. Initially designed as an air superiority fighter, MiG-29 was later furnished as a multirole aircraft that can be equipped with a range of air-to-air and air-to-surface armaments and precision munitions.

Another of India’s option involves Su-30MKI – a twinjet multirole air superiority fighter developed by Russia’s Sukhoi in late 1990s and introduced only in 2002. Produced locally by the Hindustan Aeronautics Limited (HAL), it is one of India’s most modern military planes, which characteristics are close to those of Russia’s Su-35, distinguished by its high maneuverability.

India-Pakistan flare-up: Could it escalate into full-fledged war? https://t.co/91iMcW7LOopic.twitter.com/SO1bzKymlj

Additionally, New Delhi might rely on its French-made Dassault Mirage 2000 fourth-generation fighters, which are relatively similar to MiG-29s. The list of aircraft Pakistan can possibly set against its rival mostly includes older versions of the French Dassault Mirage aircraft series, such as Mirage 4 and Mirage 5. Developed back in 1960s, these aircraft were traditionally equipped mostly with various air-to-surface armaments, Khodarenok said.

Apart from F-16s, which remain Pakistan’s most modern western-produced fighters, Islamabad also wields a large number of Chinese-made aircraft, although their types and characteristics are unknown.

When it comes to air defense, both sides have little to boast about, the military analyst believes. Their air defense systems are relatively few in number and are far from the most-advanced weapons of our time.

Islamabad possesses a Chinese equivalent of an old Soviet S-75 high-altitude air defense system, which is also known under its NATO reporting name SA-2 Guideline. Although, the exact specifications of the Chinese system are not known, its Soviet-made analogue was first produced back in 1957. In addition, it also has a French all-weather short-range anti-air missile, Crotale, produced since the late 1970s and still operated by France as well.

New Delhi has its domestically produced Akash medium-range mobile surface-to-air missile defense system, which might fall short of Pakistan’s S-75 equivalent when it comes to range and flight ceiling. However, it also possess the Soviet-made S-125 Neva/Pechora (NATO reporting name SA-3 Goa), which has significantly longer range and higher flight ceiling than the French Crotale.

However, both sides are unlikely to unleash their arsenals as neither are interested in escalating the conflict to an all-out war, Khodarenok said. New Delhi and Islamabad would likely limit themselves to some belligerent statements followed by an effort to ease the tensions, he concluded.